Vapers switching to tobacco during lockdowns has been a genuine concern and a leading vape advocate says now more than ever vape shops should be classed as essential. 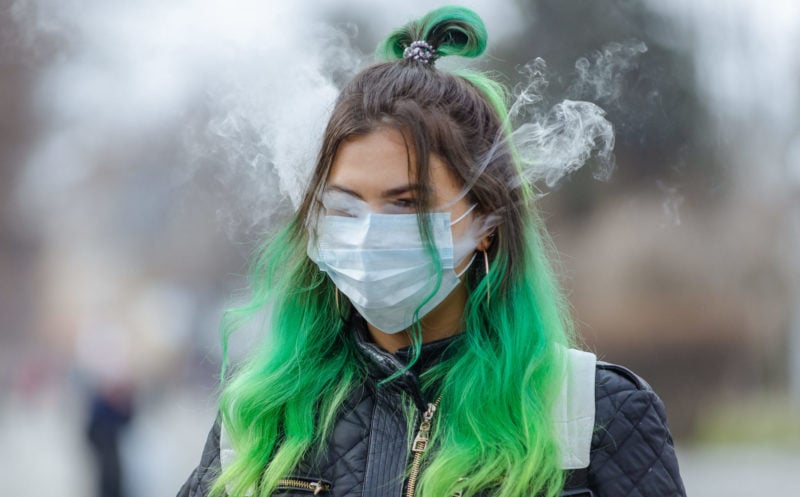 The company says lit tobacco product sales have grown by almost one percent meaning profits up to £7.99bn ($10.57bn) – meanwhile e-cigarette sales have plummeted by as much as 30% – extremely worrying statistics to say the least.

These figures come from the UK, Europe and the US and also shows consumers are buying lit tobacco products in bulk during lockdowns.

It would appear smokers have chosen to allocate more of their discretionary spend towards tobacco.

More time spent at home has resulted in consumers reducing expenditure in certain areas, such as holidays or going out.

The tobacco business has continued to perform well despite an uncertain and disrupted trading environment.

Imperial has continued to show resilience in adapting to the challenges posed by the pandemic.

When #vape shops were shut due to being ‘non-essential’ – well who saw that coming??

Yeah exactly, many of us feared that shutting down the vape shops in lockdown would lead to this, as I wrote back in March: Vape Shops Are Essential During COVID-19 Lock Down.

Given it’s vital role in smoking cessation, even when compared to NRT, the case for vaping’s essential status is growing ever stronger.

Vape retailers do not just provide the tools for harm-reduction, but also the expert advice and support which empowers consumers to make a positive change.

Now, more than ever, we should be safeguarding the country’s public health; vaping is an important part of that.

Let’s support this sector, and all those who rely on it, by keeping vape stores open

And his call for UK vape shops to be given essential status was echoed by John Dunne, Director General of the UK Vaping Industry Association [UKVIA] who said:

I have seen first-hand how UK vaping has risen to every challenge this year, with new safety measures, business practises and routines; every option which allows us to aid consumers is explored.

The passion for helping people in this industry is unrelenting, no smoker looking to quit is on their own

However, with Government help we can do even more, because for many people the support of a face-to-face experience is vital.

As I reported, UKVIA is leading the fight for essential status and has written a letter to the UK Government explaining why.

The UK is currently in yet another COVID-19 lockdown and many observers fear this may not be the last.

If the UK Government is serious about it’s 2030 smokefree goal – then now is the time to open up the vape shops! Get your voice heard and sign the Riot Squad petition to the UK Government calling for vape shops to be given essential status.

Battery safety is crucially important in the world of vaping and now a UK battery guide has been launched to provide the industry with key facts.

It’s the work of the Independent British Vape Trade Association [IBVTA] and includes everything from battery standards, product liability and safe disposal. Battery stewardship is an issue the IBVTA takes very seriously.

This guidance is unique in the vaping sector as it is the first ever guide designed to assist all businesses in getting the best from their supply chain, wherever they sit within it.

It will be of immense value and importance to producers, importers and vaping retailers.

It has been a rewarding experience working in partnership with the IBVTA and a number of Government departments to produce this Battery Steward guidance, ensuring accurate information is available for their members and the wider vaping community.

Good news indeed and you can download a copy of the Executive Summary here.

OR pay for the full version by contacting the IBVTA: [email protected]

Ireland To Clamp Down On Teen Vapers

A new study says there’s been a ‘dramatic’ increase in the number of adolescent vapers in Ireland and the Irish Government is about to bring in strict new legislation to tackle the rise.

Figures from the European School Survey Project on Alcohol and Other Drugs [ESPAD] suggests the decline in kids smoking has dropped for the first time in 25 years – but fear e-cigarettes will lead to youngsters smoking. A decline in teen smokers – a rise in teen vapers suggests to me, kids that smoke are choosing the safer alternative…

Of course, and as I’ve said many times, in an ideal world younger teenagers wouldn’t do either – but hey we all know kids like to rebel and challenge.

Anyway, the study shows 39% have tried AND 16% are current users of e-cigarettes adding:

Of particular note is the 50% rise in e-cigarette current use, suggesting that the popularity of e-cigarettes is on the rise among young people in Ireland.

These results call for continued targeted high-intensity campaigns and education initiatives, as well as policy and legislative change to protect adolescent health.

The ESPAD study has led to Frank Feighan TD, the Minister of State with Responsibility for Public Health, Wellbeing and the National Drugs Strategy, promising to tackle the issue:

The recent evidence reviews on e-cigarettes from the Health Research Board found that the use of e-cigarettes by adolescents is associated with an increased likelihood that they will smoke.

This underscores the importance of our Public Health (Tobacco and Nicotine Inhaling Products) Bill which is currently being developed.

The Bill will prohibit the sale of nicotine inhaling products including e-cigarettes to persons under 18.

It will also introduce a licensing system for the retail sale of both tobacco and nicotine inhaling products.

At least they aren’t banning e-cigarettes outright – but that suggestion of a teen vape epidemic looming over Ireland has my nose twitching for sure.

NO Vaping In Your Own Home Legislation Looms!

As crazy anti-vape laws go San Francisco is right up there at the top of the loony list and this latest legislation proves it.

The city’s Board of Supervisors wants a blanket ban on its apartment dwellers to include vaping – smoking both tobacco and cannabis – the latter would exempt those using weed for ‘medicinal’ purposes.

The city has a population of around 890,000 people and with half living in apartments, that’s nearly half a million folk facing a vape ban…in their own home!!!

This legislation has been sent to the full board, but without a recommendation to pass it.

This Tweet from pro-vaping pharmacist, chemist, scientist and prolific vape advocate Eliana Golberstein Rubashkyn really does sum up the inverted crazy world of the anti-vape lobby.

They say a picture speaks a thousand words and the sign explaining vape products are banned from sale next to packets of cigarettes says it all.

Repeat after me: Vaping Is 95% Safer Than Smoking…probably more of a percentage these days. BTW, if you’re on Twitter and at all interested in the science and politics behind vaping and e-cigarettes, Eliana is WELL worth following.