It’s been one of the reasons America has gone to war on vaping and new research says young people that vape do not necessarily go on to become smokers.

A team of researchers from the US – Canada and Australia studied data from a number of scientific studies that looked at teen smoking trends and found:

If our primary concern is population-level trends in youth and young adult smoking, which we believe is appropriate, then vaping has not shown to be a serious cause for concern.

It is possible that vaping may be playing a contributing role to the recent steep declines in youth and young adult smoking. The researchers found that:

The study demonstrated that the smoking rate in 15-21 year-olds in the US fell three times faster after vaping became popular in 2014 than the long-term trend prior to that.</span

Whilst nobody want to see under aged kids vaping – other research has shown kids try it briefly and it is obviously significantly less risky than lit tobacco.

Prof John Britton, Director of the UK Centre for Tobacco & Alcohol Studies at the University of Nottingham said:

This study demonstrates that the availability of electronic cigarettes in the USA appears to have contributed to further declines in smoking among younger and older smokers, and more specifically that any gateway effect into smoking is more than offset by the effects of vaping among young people who would otherwise have smoked, and use of electronic cigarettes as a gateway away from smoking.

The figures show similar trends to those observed in the UK, where electronic cigarettes have contributed substantial public health gains, and will hopefully help to reassure US commentators who have to date emphasised the risks of gateway progression in advocating restrictive policies on electronic cigarette use.</span

Vaping Should Be Allowed In The Workplace Says UK MPs

An all party group of UK MPs says vaping should be welcomed in the workplace and current bans in public spaces should be lifted.

I’ve written a more detailed article on this HERE. The MPs went to great length to blow away the myth that so called passive vaping is dangerous with Mark Pawsey MP – chair of the group – adding:

One of the main issues we encountered was a perception that passive vaping or second-hand vaping is harmful to non-vapers in the vicinity.

There is no evidence that this is the case and we have set out the evidence available in this area later in the report. </span

The key points the MPs wish to see implemented are:

That last point has been a bone of contention with me for sometime – when in a public space please be considerate! By all means chuck those clouds but int he proper place! OK grumpy grandad moment over lol….but I’m sure you get my point – dopn’t spoil it for the rest of us by being a dick!

Indeed the report lists a kind of vaping etiquette:

After shafting the US vaping industry JUUL is now targeting the UK telling e-liquid companies sweeter flavoured juices are attractive to kids.

JUUL has never, and will never, offer flavours or packaging that would appeal to children. Seeing this as a bit of a swipe at the UK blossoming e-liquid scene Vape Dinner Lady was quick so respond:

Vaping companies need to address the concern about their products appealing to children – in fact it’s our responsibility. Vaping is a very misunderstood industry and it’s up to the leading companies to talk about it and address important issues head on.

Speaking purely on behalf of Vape Dinner Lady, we would like to clarify that our products are categorically not aimed at children. It is illegal to sell vaping products to under-18s. As only adults can legally buy our products, the Vape Dinner Lady brand is entirely based on marketing sweet products to an adult audience, which is why we have such a massive focus on nostalgia.

Our branding is deliberately old school and based on traditional flavours that will appeal to grown-ups with a sweet tooth and a sense of fun. The focus on marketing sweet flavours to adults has made our Lemon Tart flavour, for instance, one of the best-selling in the world.

All that said, we take the suggestion that children might be inadvertently drawn to our products very seriously.

Just why JUUL are trying to make enemies over here is anyone’s guess – any publicity is good publicity maybe?

They really need to back off – we’ve got enough battles without industry insiders sabotaging the vape scene from within.

And yes I’m all for healthy debate on the subject but not swipes – digs or snide pokes.

BTW here’s a quote from Public Health England’s Martin Cockrell on the subject of e-liquids apparently attractive to kids:

Our report found no evidence so far to support the concern that e-cigarettes are a route into smoking among young people.

UK surveys show that young people are experimenting with e-cigarettes, but regular use is rare and confined almost entirely to those who already smoke.

Meanwhile, smoking rates among young people in the UK continue to decline.

Put that in your pod and vape it…

UK Social Housing Should Be Smoke Free But Vape Friendly

So much for an Englishman’s house being his castle as all social housing could soon be no smoking zones and tenants offered free e-cigarettes.

The suggestion comes from a group of UK MPs and the charity Action on Smoking and Health [ASH]. We are not saying that definitely all new developments should be [smoke free] but it’s something that hosing associations should look at.

Moving house is a great time to change your behaviour so you smoke outside or better still, quit altogether.

Opponents to the idea have called it ‘sinister’ which to some extent I agree with. Whilst I’m all for helping folks quit the cancer sticks – forcing them to is another matter and stinks of Big Brother nanny state spiraling out of control!

The call comes as research shows there are more smokers living in social housing than anywhere else in the UK. The key issue I guess being the number of children affected by passive smoking however rather than ban or legislate – maybe educate.

It’s pretty clear that when it comes to health and well-being, our very own tenants are at a huge disadvantage. Tobacco dependency is disproportionately harming the communities we house, and we should ask ourselves what we are doing about it.</span

The ‘free e-cigarette’ ideas comes on the back of a successful project by Salford City Council in Greater Manchester. Over 1,000 council residents were given free e-cigs and of those over 60% were able to quit.

Vape Sales Set To Grow Globally By 12% Next Year

Despite all the bad press – fake science and threats of outright bans vaping is still the tool of choice to quit smoking and that’s reflected in market forecasts. 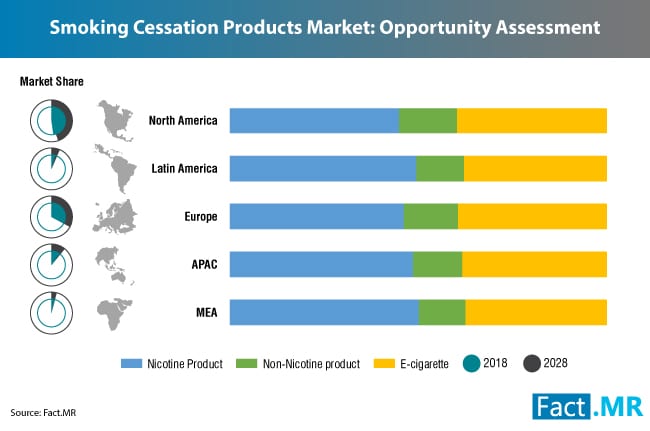 The research shows that whilst teens in America in particular are turning to vaping – it’s as a way to quit lit tobacco rather than just taking it up:

Despite the ongoing controversies about benefits and hazards of e-cigarettes, most consumers are preferring to adopt e-cigarettes as a smoking cessation product. The recent rise in sales of e-cigarettes is mainly attributed to the rise in its demand among young-adult smokers.

The Centers for Disease Control and Prevention (CDC) released the ‘2016 National Youth Tobacco Survey (NYTS)’, which finds that e-cigarettes are the most popular smoking cessation product among high school students in the U.S. The 2018 NYTS revealed that use of e-cigarettes among high school students increased by whopping 78% during 2011-2018. The adolescent population is resorting to e-cigarettes as a smoking cessation product over its other types, and its reasons may be traced back to the USB flash drive-like shape and the availability of interesting flavors of e-cigarettes.

The forecast shows that the USA and Northern Europe remain the key areas of growth – let’s hope that means America will reject an outright ban on flavoured e-liquids and create gentler legislation around hardware.

Vaping Could be Banned In Public Spaces In New Zealand

It seems only a short while ago I was praising the New Zealand government for promoting the use of e-cigs however they now seem to going down the ban route – in public any way.

Health Minister Jenny Salesa wants to tighten the legislation around vaping in the country with new laws lumping e-cigarettes into the same category as lit tobacco meaning a ban in bars – restaurants and other public areas.

Vaping is a significantly less harmful alternative to smoking and it has been used as an effective tool to quit smoking. However, it is not completely risk free and that’s why we need to make it as safe as possible and protect young people from taking it up.

I’m concerned that these regulations will limit smokers’ access to vapes and fruity flavours which research and communities tell us are an appealing draw card towards vapes when transitioning from cigarettes.

It would be great if nobody ever smoked anything again, but this is the real world we live in.

Wise words and lets hope vaping is allowed in bars or at least let owners make the decision based on customer feedback.

The New Nicotine Alliance was left fuming this week after the European courts decided to uphold the ban on the oral tobacco product snus.

Snus is a pouch filled with tobacco and left under the lip and is not only safer than lit tobacco but also an incredibly effective stop smoking product. It’s legal in Sweden and through its use the country now just has 5% of smokers – the lowest in Europe.

The NNA had appealed the earlier ruling however the judgement went against them earlier this week.

Quitting smoking can be immensely difficult and it is a human right to choose safer alternatives. It is morally indefensible to ban popular substitutes like snus while still allowing cigarettes which are known to be deadly,” said Sarah Jakes of the New Nicotine Alliance which was an intervening party in the ECJ action.

Snus has proved very popular in countries where it is legal. EU figures show that only 5% of Swedes now smoke – by far the lowest rate in the EU. In neighbouring Norway government figures show that smoking among young women has plunged from 30% to 1% over 16 years.

The ECJ court action was brought by the snus producer Swedish Match. For its part, the UK government urged the court not to legalise snus. However in a report published in August, the House of Commons Select Committee on Science & Technology called for the UK to consider legalisation after Brexit.

We are disturbed that the UK chose to oppose the legalisation of snus in the EU given the product’s extraordinary track record in reducing smoking rates. What is especially troubling is that it was the Department of Health which was the cheerleader for the ill-fated EU ban in 1992. The Department shows no sign of retreating from this public health calamity which it inspired.

You can read more about Snus here.

…and finally…Dickhead of the Week…

However…not so one Mc-knobhead who was the ‘victim’ of a sting by Daily Mail reporters this week.