Ecigclick
Home Latest Vape News and Views Together We Are Vape – UK Campaign To Raise Funds For American...

You’d have to have been in a cave this past few weeks not to have noticed the ‘war on vaping‘ in the USA has reached hysterical levels, with individual states using ’emergency powers’ to shut down the vaping industry – from mom and pop shops to large e-liquid companies.

Now Vapouround magazine is calling on UK vapers to show the love to their American counterparts with a Just Giving fund titled Together We Are Vape, and are hoping to raise at least £25,000.

The cash raised will be split between any vape businesses affected by the bans and various vaping advocacy groups across the pond – including the Florida Smoke Free Association.

The Together We Are Vape campaign says:

Cigarette smoking is responsible for more than 480,000 deaths in the US every year.

But in the past few months, state and federal government officials have brought in strict measures that threaten to destroy the one thing that keeps millions of Americans from using tobacco – vaping.

Countless livelihoods have already been destroyed and we now face the very real prospect of millions of adult vapers returning to combustible cigarettes.

We have had enough.

Now is the time for vapers and our industry to step up and support each other and the advocacy groups fighting to save one of the most important public health innovations of our time. 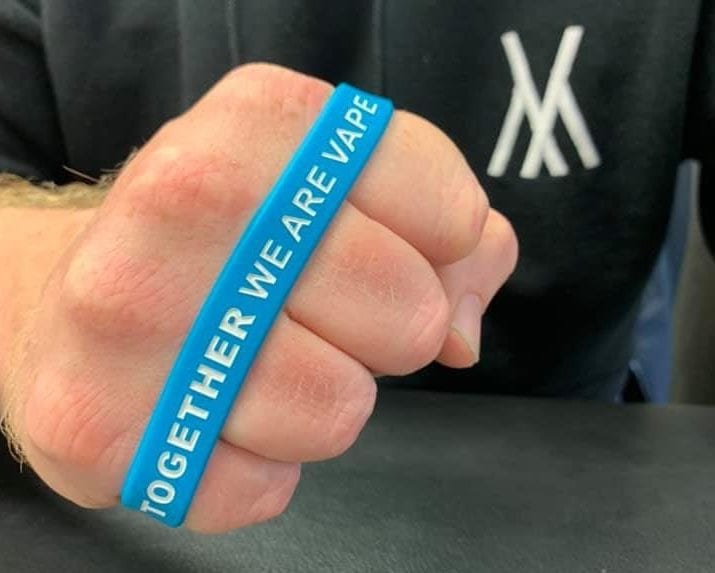 Apart from making a donation, you can also support the campaign by purchasing Together We Are Vape wristbands which can also be bought in bulk for use in vape related businesses.

The organizers are also calling for a huge push on social media to not only help with the fund raising effort, but also to promote exactly what’s happening over there.

They want vapers to use the hashtag: #TOGETHERWEAREVAPE on as many social media platforms they can and have also created an anti-flavour ban PDF you can fill out and use to illustrate how flavoured e-liquids helped you quit smoking.

Click the pic to go to the full sized version: Its hoped this campaign will not only raise much needed funds – but also bring the so called #vapefam together:

The TOGETHER WE ARE VAPE campaign will unite the industry, advocates and consumers across the world in a show of support for American vapers and businesses.

For more information go to the: Together We Are Vape website.