Stemming the Tide of Anti- Vape Science and Negative Media

Barely a week or even a day goes by lately without there being some kind of scare story centred around vaping and e-cigarettes. 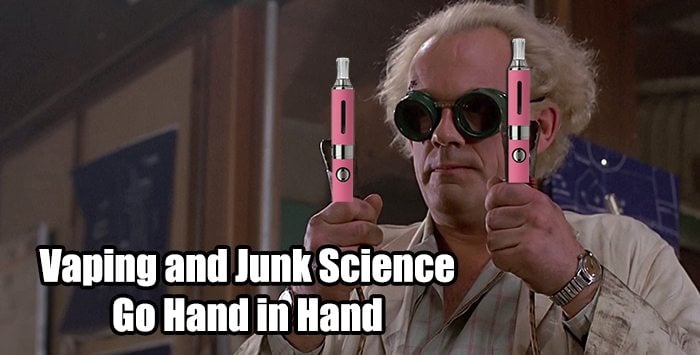 I’m sure many vaping advocates out there must feel like a cross between King Canut and that little boy who stuck his finger in the dyke – as they all try to stem the constant tide of junk vape science and media BS!

This week alone I’ve read with more than a hint of amusement – a dash of frustration and a flash of anger a positive tidal wave of scare stories and sinister tales – OK that’s being nice let’s call it what it is JUNK SCIENCE!

First up came the quite ridiculous assertion that vaping is just as harmful as smoking – quickly followed by vape pens are hacking devices in disguise!

I’ll get onto the last one later but oh boy did that one have me spitting my coffee over my keyboard lol.

I first spotted the ‘vaping damages your DNA’ story on that bastion of BS the Huffington Post – a ‘news’ website made up predominantly of unpaid writers masquerading as journalists – me bitter naw lol.

Science on the Cheap

There’s your usual banner headline – E-Cigarettes Potentially As Harmful As Tobacco Cigarettes, Says Study – which is bad enough and did indeed induce my usual face palm at such bollocks.

However it’s the strapline or the dum dum daaa as I call it underneath that simply says ‘The Evidence Isn’t Looking Good’.

Now that was not only a double face palm moment – but also a full on bump my head half a dozen times on the desk kind of moment.

So let’s look at this ‘evidence ‘shall we.

The ‘study’ – yeah I know another one lol – was carried out by boffins [I use the term loosely] at the University of Connecticut using what is described as a ‘low cost 3-D printed testing device.’

I couldn’t help but chuckle at the inclusion of ‘low cost’ I mean it’s not as if testing something so potentially lifesaving is worth shelling out for – but I digress.

What the ‘scientists’ found apparently was that e-cigarettes containing e-liquid with nicotine are potentially as dangerous to your DNA as ‘un-filtered’ cigarettes – I assume they mean roll ups by that clumsy phrase.

They used their own ‘low cost 3D printed testing device’ to measure potential DNA damage to the human body.

I’ll let them describe how it actually works:

The device uses micropumps to push liquid samples across multiple ‘microwells’ embedded in a small carbon chip. The wells are pre-loaded with reactive human metabolic enzymes and DNA.

As the samples drop into the wells, new metabolites that have the potential to cause DNA damage are formed.

Reactions between the metabolites and the DNA generate light that is captured by a camera. Within five minutes, users can see how much relative DNA damage a sample produces by the intensity of the light detected in each well.

To reach these conclusions the team extracted samples using an artificial inhalation technique which appears to involve cotton wool – some tubing and a syringe – and I guess the low cost 3D printing thingamajig – all very hi-tech one has to say!

Some people use e-cigarettes heavily because they think there is no harm. We wanted to see exactly what might be happening to DNA, and we had the resources in our lab to do that.

A point picked up almost gleefully by the Huff and Puff Post who say:

The study seems to contradict advice given by Public Health England (PHE) last year, which said vaping is 95% less harmful than tobacco.

Ok it may ‘seem’ to contradict the findings of PHE – but who are you more likely to trust with your lives?

A bunch of ‘researchers’ using a ‘low cost 3D print thing’ or the weight and knowledge of all those medical experts behind Public Health England?

I know who I’d bet my life on.

Junk Vape Science Leaves a Bad Taste in My Mouth

OK one other bit of ‘science’ I couldn’t help but notice this week was the link between mouth ulcers and vaping – and here’s me thinking all we had to worry about was vapers tongue lol.

Now yet another bastion of solid journalism [irony alert] the Daily Mail pounced on this one as they seemed to have done with all anti-vape stories.

E-cigarette vapor may prevent mouth ulcers from healing: Chemicals in the devices can impair the body’s ability to repair itself – screamed the headlines.

This was of course followed up with dum dum daaa bullet points of doom!

Christ in a hand cart just how many negatives can these idiots get in a single story!

As a none medical type guy I already knew there was some evidence that nicotine in general can slow down the healing process.

And I had also read somewhere that ‘some’ vapers had experienced mouth ulcers – but then again another famous YouTube vaper once tried to convince us all that vaping gave you ‘dry knuckles’.

The doctor behind this ‘research’ also implies as a vaper your teeth are probably going to fall out – gummy shark flavoured e-liquid anyone?

Look let’s leave irritating mouth ulcers – toothless vapers and dry knuckles aside for the moment and consider this.

E-cigarettes are known to be 95% safer than smoking – nicotine is proven to be none carcinogenic it really is that simple. And as Martin Dockrell – the head of tobacco control at Public Health England said to the two reporters [yes it took two ‘journalists’ to write this piece]:

We know that smoking slows wound healing and increases the risk of infection, but when smokers switch to e-cigarettes the overall harm to their health is greatly reduced.

Final word on yet another slice of junk science goes to Deborah Arnott from ASH [Action on Smoking and Heath] who seems to be finally albeit slowly coming round to the vapers way of thinking.

She told the Daily Fail:

It’s the smoke that does most if not all of the damage, not the nicotine. Sadly that message isn’t getting through – nearly a quarter of smokers who haven’t tried vaping say they’re unwilling to because of concerns e-cigarettes are not safe enough.

We would always recommend smokers to quit completely but for those who can’t then vaping is much lower risk than carrying on smoking.

Finally and this one had me creased up.

If your favourite vape don’t kill ya – turn you into some kind of mutant after re configuring your DNA – turn you into a gumless wonder OR have your mouth filled with sores – the vaper next to you could be a hacker in disguise! 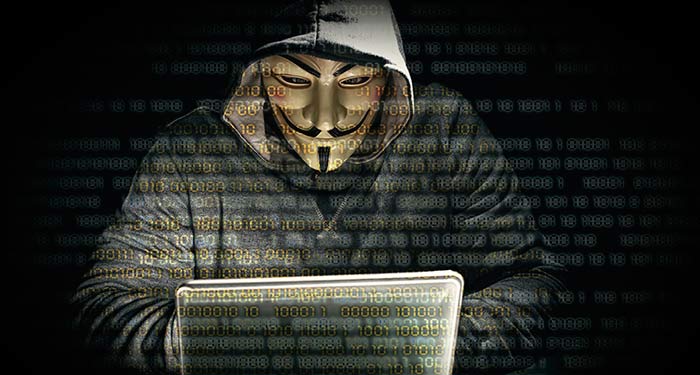 So what’s this all about then?

According to Sky News ‘security experts’ say that rather than charging a vape device or upgrading the firmware – the vaper could be ‘hacking your computer’ when they plug in the USB cable!

Yeah I know like something out of a Hollywood movie – but hey if ‘security experts’ say it then it must be true right!

Hacking expert Ross Bevington told Sky hacks [pun intended] that a specially modified vape pen could fool a computer into thinking it was a keyboard or interfere with its network.

Now I’m no computer buff but surely anything that can be plugged into a computer is capable of that?

However it was an ace hacker known as ‘Fouroctets’ who told Sky news that he had modified his own vape pen with a chip that once plugged into a computer would open up Notepad leaving the message to the user:

OK now this is serious – I mean hacking computers is a crime right.

If you’re at all concerned about that vaper who wants to charge his or her vape pen on your laptop or PC – Mr Bevington has some good advice:

In all cases, be wary if someone wants to plug something into your machine.

Great advice and BTW ‘do you even vape bro?’

Make sure you follow the weekly Vaping News published every Sunday for more up to date ‘studies’ and findings – junk or otherwise.

Vape On Despite the Junk Science!