The iJoy Wondervape 270 is a new mechanical mod by IJOY that has surfaced in a number of sources, to be released at the end of May. 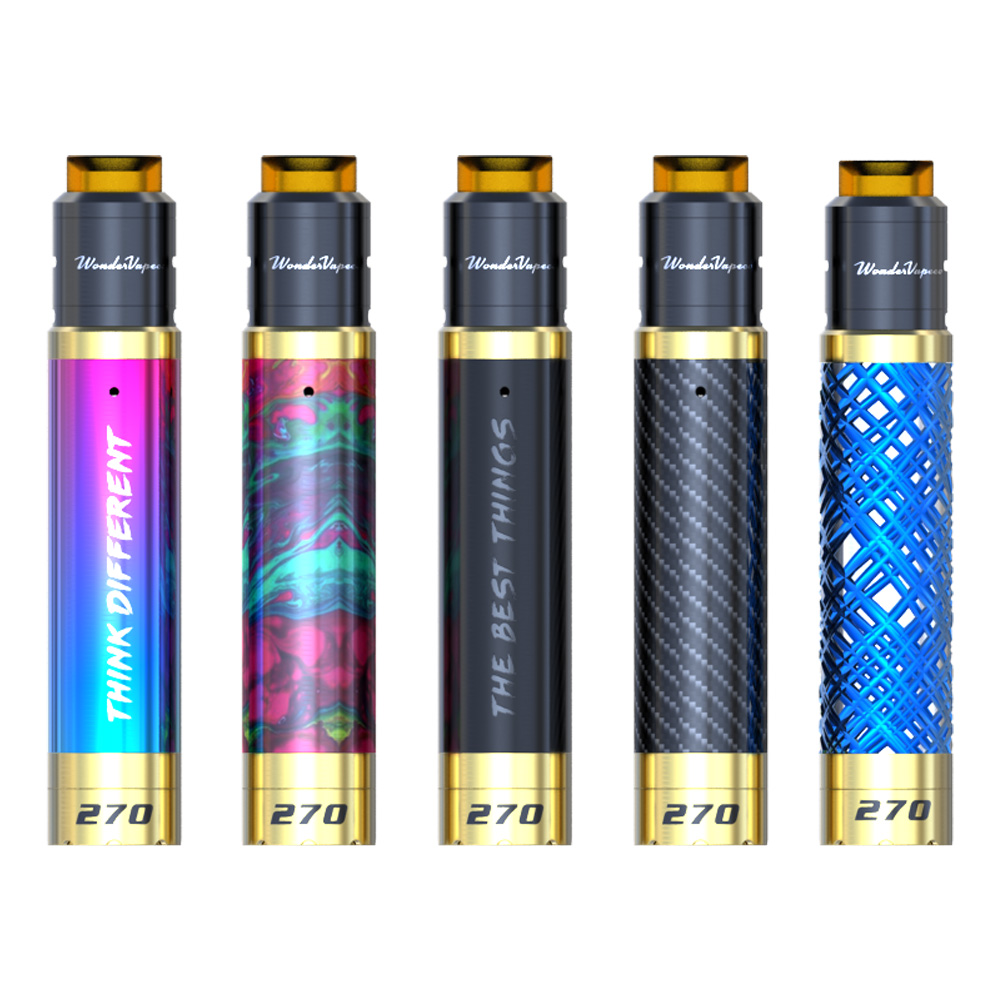 Why should you get excited? It’s actually a mechanical mod using the new generation of Lithium batteries – 20700 battery. This is IJOY’s second device that is soon-to-be-released, the first one announced being the IJOY Captain PD270, regulated 2*20700 box mod. 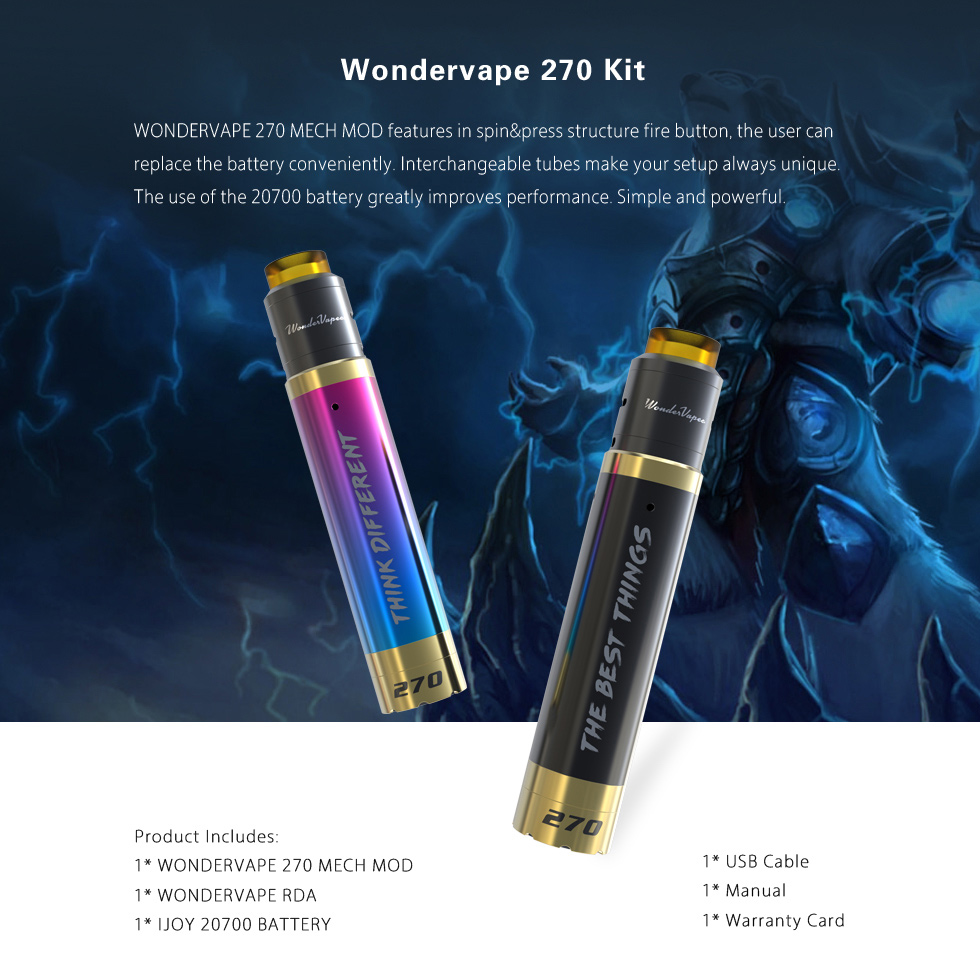 A very curious claim that a USB cable is included, which is obviously just a mistake on IJOY’s part. 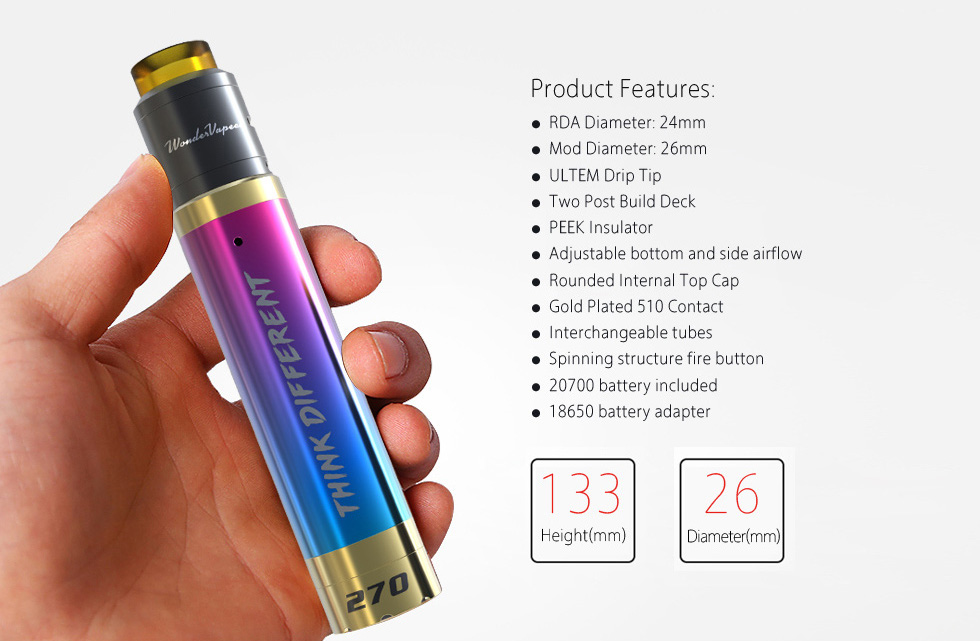 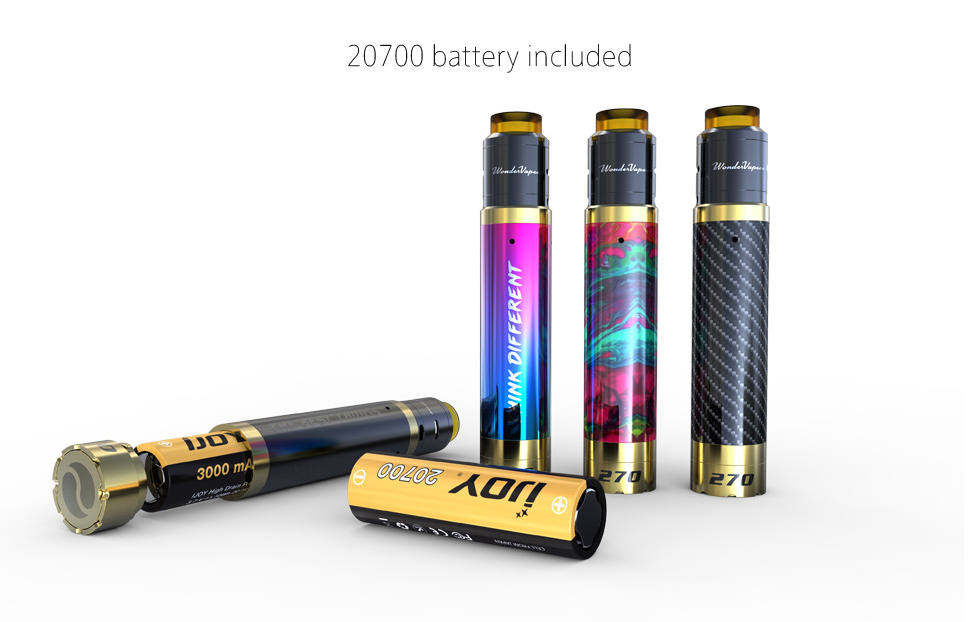 IJOY are stating that it’s rated at 40A draw and 3000mah capacity, a pretty bold claim, albeit a legitimate one, with the new generation of batteries. Just for the reference of the 18650 performance, Sony vtc5a is rated at 25A and 2500mah and LH HB6 is rated at 30A with 1500mah capacity.

So you can see for yourself, almost double the capacity with higher (the same in testing) discharge rate.

What to expect from the device? 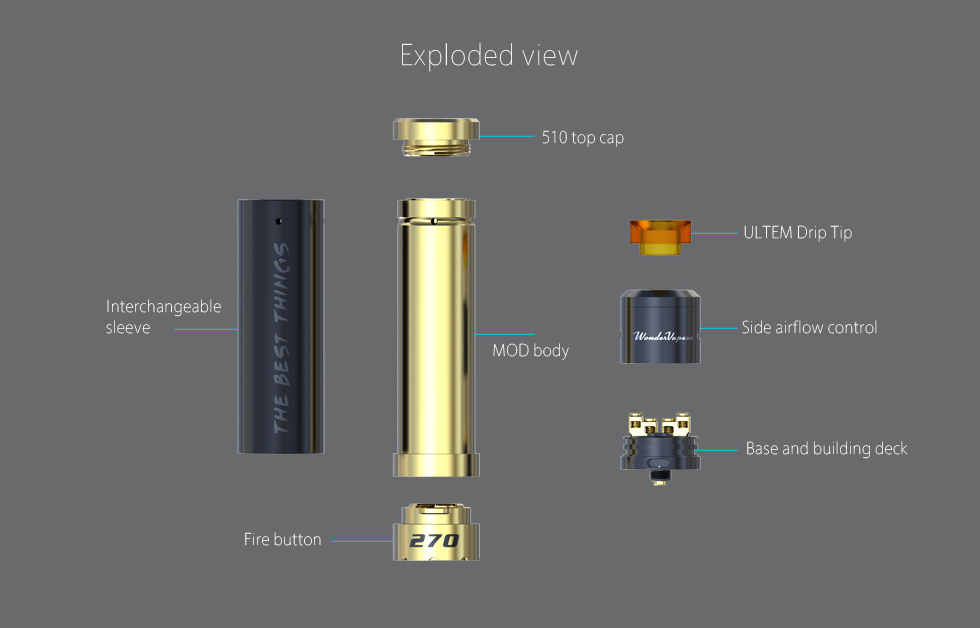 The Wondervape will come with the battery included, so you don’t need to worry about hunting for one. And the 18650 battery adapter, which I’m very thankful for. At least my pile of 18650 won’t go to recycling just yet.

It looks like IJOY are really making the right moves with trying to capture the inevitably approaching 20700 battery era.

The mechanical mod itself consists of the body and the interchangeable tubes with different designs. IJOY is planning to sell those separately and currently there are 5 different options announced, and more to come.

It looks like the RDA only comes in black colour, unfortunately, so this will surely be annoying to those vape enthusiasts who like their shiny toys matching. The RDA is also a millimeter narrower than the base of the mod itself.

I personally don’t like the design, except for the resin version. The text on the sides is tacky, to say the least. I also would have preferred if the RDA matched the diameter and the colour of the mod itself.

But looking at the big picture, it doesn’t matter what I think about the IJOY Wonderlust. It also doesn’t matter what you think about it either. This is a beginning to a new exciting time for vaping – more powerful and longer lasting cells. IJOY is launching two 20700 battery devices, and they are among the very first to do so, but in very near future there will be lots of competition and consumer will most definitely win.

I think these new batteries will have a bigger impact on mechanical mod users, hence why I’m more excited about the Wondervape, than I was when I saw the Captain PD270. At the very least, these batteries will mean longer lasting and, more importanly, safer experience using mech mods.

So in the end, will I preorder it? Yes.

Do I think it’s a great device? Yes.

Am I getting it because it’s a great device? Not quite. As I mentioned already, I’m more excited about what’s to come, rather than this individual release.

What do you think? Do you think that these new batteries will catch on? Let me know in the comments!