Ecigclick
Home Vaping Guides A Visit to the Vape Shop – Beginners Guide On What To... 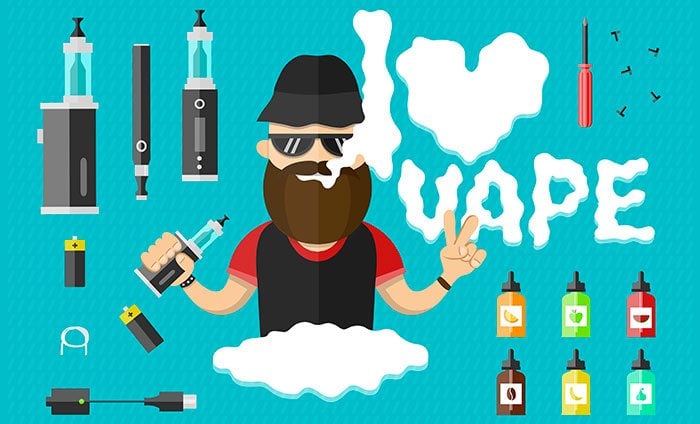 What to Ask Vape Shop Staff

One of the more stupid ‘laws’ around visiting your bricks and mortar vape shop is the staff can’t set up your new kit or even fill it for you.

That’s certainly the case in the US where staff can be fined if they offer even the slightest ‘hands on advice’ – which of course is not only ridiculous it could also be dangerous.

I was in one of my local shops the other day and watched as an elderly gentleman was umming and aahing over buying a starter kit.

He was perplexed when he asked the young assistant if he could ‘get it working’ for him – of course the assistant simply said he wasn’t ‘allowed’ to.

‘I’ll leave it then’ the guy said and left the shop looking pretty pissed off.

There goes a sale but more importantly there goes another smoker off to buy another packet of cigarettes.

I mean come on you can test drive a car with the salesman sat next to you – walk around a shoe shop testing out your new stilettos [something I do weekly] or even fire off a few rounds on that new semi-automatic rifle – loaded by the staff – so why not vaping gear?

That’s where sites like this one comes in – at least we can show you the how to assemble – fill and vape a whole host of e-cigarette and vape devices.

Pretty much all vape devices have a simple premise so get to grips with these and you’ll be pretty much good to go on whatever e cig starter kit your choose to buy.

The atomizer [coil] is usually screwed into the base of the tank – this is what turns the e-liquid into vapour.

The e-liquid is either filled from the top or the bottom of the tank and should never be filled down the central chimney.

Always check the instruction manual or our reviews.

We’ve written a whole host of basic guides including all you need to know about coils and tanks.

And ALL our reviews include simple easy to follow Quick Start guides and we’re here 24/7 to answer all your questions.

So you’ve surfed the internet and spotted a couple of kits you’d like to try.

You’ve checked our and other reviews and you’re pretty much sure this is the device for you.

Your local vape shop has it in stock and you’re ready to go.

But there’s still that niggling doubt in your mind.

Take the Aspire K2 for instance – a great beginners kit that gives off about the same amount of vapour as one of the stinkies.

As I beginner I would highly recommend you go down this kind of route BEFORE you start thinking about those cool looking kits you see – it took me 2 years to move away from a basic pen set-up.

So before you head off to your local vape shop let’s look at a few question you should be asking that the staff and that they should be able to reply to.

And don’t forget we’re here on EcigClick to answer ALL your vape related questions no matter how silly they may seem to you.

As they say there’s no such thing as stupid questions – only stupid answers – and most of those stupid answers around vaping are in the mainstream media.

I have three vape shops in my hometown two are what I guess you’d call small independent whilst the other is a well-known franchise.

One is extremely high end and caters mainly for the so called ‘enthusiast vaper’ – lots of expensive devices – tanks and building coils equipment.

The next is I guess mid-range with a limited number [not many at all actually] of starter kits whilst the third is a vaping household name.

The first two could be construed as looking more than a little ‘daunting’ for newbies to vaping – particularly older folk – given there’s a constant thick fog of vapour in there coming mostly – it has to be said from the staff and their ‘hangers on’.

However the franchise is a far different set-up.

The staff are in matchy matchy polo shirts and whilst they vape they do so with a little common sense – cloud chasers they may be out of work but in work they vape as I do in a pub – low profile.

If the first two sound like what you have on your high street I feel for you – but try not to be intimidated by the fog – or the fact the huge bearded tattooed baseball cap wearing ring in his nose assistant looks a little unapproachable – he’s probably a lovely knowledgeable guy and eager to help.

In my experience it’s the men in suits out to ‘screw you’.

The beauty of the so called #VapeFam [vape family/community] is that we’re all ex-smokers whatever our race – creed – political beliefs – sexuality and even fashion sense – so walk in armed with the knowledge you’ll find on here and the questions I’ll list later.

Remember you’re a smoker who desperately wants to quit – once you’re in that mind-set don’t let anything stand in your way!

What to Tell the Vape Shop Assistant

The most important thing is to let them know how much of a smoker you are.

This is important as it will mean getting the right dose of nicotine in your e-liquid.

You might have read that piece I wrote about vape shops selling stuff to folks who haven’t even smoked – as if that was bad thing.

The powers that be can’t have it both ways – I mean they say it shouldn’t be marketed as a smoking cessation device – yet with all this ridiculous legislation they’re treating it exactly as if it is some evil thing rather than proven harm reducing product.

Anyway I digress as usual lol.

Obviously the starter kit you’ve had your eye on is in stock because you checked the website before setting out!

OK you’ve done your research and once you’ve had a look at it and the device looks and feels OK it’s now about the e-liquid.

Most beginners start with tobacco flavours (see some of the best tobacco vape juice here) – but of most importance is how many you smoke per day.

This is important as it will help the assistant give you the correct amount of nicotine.

From May 20th this year the highest level you’ll be able to buy over the counter is 20mg of nicotine.

As a heavy smoker 20mg should give you enough to satisfy your cravings and certainly give you a throat hit – something very many new vapers crave.

Which brings us nicely to the questions you should be asking.

Can I Taste It?

Short answer is yes you can.

OK you’re happy with your chosen device and have had a good look at it in the flesh so to speak.

Remember the assistant can’t set it up for you but they will be able to advise/sell you some e-liquid. Remember taste is subjective but most shops have taster bars or samples to try before you buy.

Some are on show and you’re given a hygienic mouthpiece and can happily try as a many as you like in your own time.

Strangely in my two independent shops you have to ask to taste and even then it’s begrudging on their part to say the least – and as an experienced vaper that annoys the crap out of me.

However in the franchise shop they have a huge counter filled with e-liquids to sample with the staff positively encouraging you to try.

Again work out what nicotine level you may require.

The heavier you smoke – the higher you might need.

To be honest 12mg to 16mg is a decent halfway vape – a good throat hit but not too harsh and you are getting the nicotine you’ll need as you begin your smoke-free journey.

By all means go with tobacco flavours – it’s how I and most of us started.

My advice would be to get 3 or 4 10ml bottles and mix them up a bit and not just nicotine strengths.

One of the beauties of vaping is the sheer number of flavours out there from fruits and desserts to menthol and tobacco.

Even thinking of getting an e-cigarette in a bid to quit the cancer sticks is a forward step and you should be applauded.

By all means read until your eyes bleed both sides of the vaping vs smoking debate – yeah it is confusing and does seem to polarize the ‘experts’.

But one thing IS clear – the Royal College of Physicians states that vaping is 95% safer than smoking – FACT.

Therefore nothing and I mean nothing should be allowed to stand in your way as your right to try an alternative to smoking.

Some high street vape shops might look a little imposing but maybe go in earlier in the day before the fog builds.

Don’t be afraid to ask – treat buying your first vape kit the same as you would anything else.

On the whole the vape shop staff are like any other shop assistants – they’re there to assist.

If they don’t – then take your business elsewhere – but don’t let one bad experience or nervousness stop you from making the best health choice of your life.

Welcome to the Vape Community and a healthier you!