The new Aspire Atlantis EVO tank is the follow up to the first mass market sub ohm tank to hit our shelves, the Atlantis.

The original was a game changer that brought sub ohm vaping to the masses without the need of ‘building your own’ coils.

The word EVO brings to mind a fast a furious super car with sleek looks and amazing power. So has the new Aspire Atlantis EVO sub ohm tank got me all revved up?

At first glance you’d be forgiven for thinking you’d got your hands on a sized down version of the Cleito – add the extension chimney and the 4ml glass tank and you’d have to look twice – they could be brother and sister.

However looks can deceive – as a regular Aspire Cleito user I can hand on heart say the difference was night and day – until I bought new coils that is – as I’ll discuss later.

Aspire say the Atlantis EVO is the “zenith of recent sub-ohm tank evolution” – great marketing guys and it looks the part right enough – and now I’ve replaced the funky tasting coils I can say this is a nice piece of kit.

OK, let me throttle back for a second – drop down a few gears and take a good look under the bonnet of the Atlantis EVO extended version.

The packaging is practical and fits the purpose and I do like the detailed instructions once you open the flap – very nice touch. Bit of a moan here – the lack of a vape ring – given I’m a clumsy sod I reckon all tanks should have one as part of the kit – plus I kind of like them!

They add a rubber cuff for the top – which given the coils [more on those later] supplied are only going up to 50watts and the drip-tip is I think Delrin – there’s little chance of getting hot lips at that power.

As you would expect from vaping giants Aspire the build quality is exemplary.

Everything screws into place perfectly – there’s no raggedy bits – no smell or taste of manufacturing oil – it’s beautifully put together. As far as design goes it a nice looking tank. The silver rim above the four easily moveable and large airflow vents really does make the EVO ping out at you sandwiched as it is between two jet black bands.

And I don’t know what it is about Aspire’s driptips – but I love them – this one sits nicely between my lips.

The EVO is a top fill design with plenty of room to get your juice in. The tank as already mentioned comes configured at 2ml only [thanks TPD] however paying a couple of quid extra gives you the nifty extension kit – a chimney and glass tank – so doubling up to 4ml.

The whole thing comes apart easily for cleaning – which is a massive plus for me – and switching out your coils is again as easy as screwing and unscrewing.

The bonus here is the Atlantis EVO is compatible with both the existing Atlantis and Triton coils – so you can go down to as low as 0.3ohms. Sadly I had no other coils so couldn’t test the tank out at this setting.

How Does the Atlantis EVO Extended Version Perform?

OK the first thing I did was swap the 2ml tank for the 4ml extension.

Those who know me know I am all fingers and thumbs when it comes to manly things like screwdrivers and the like – but this was a doddle and just like when I’m building flat pack furniture I didn’t even use the instructions.

It really was that simple – simply screw on the chimney extension and switch glass tanks – and voilà a fully working sub ohm tank – unlike the last bookcase I built from IKEA which is still lying in a thousand pieces on some tip somewhere. Most vapers you speak to – including myself – have probably at some time or another used an Atlantis tank – they are extremely popular.

Aspire say the EVO is designed with:

Sounds great and as far as vapor production goes even maxing out as I did at only 50watts the clouds billowed literally.

I thought for one horrible moment I’d got vapers tongue.

You know what I mean – that moment when even the best e-liquid you’ve ever tasted tastes like fresh air or worse.

I had of course primed the – I have to say smallish juice holes – and indeed let the tank soak up the e-liquid for a good five minutes.

Even after 20 minutes and then overnight I had the same issue so I swapped out the 0.4ohm coil and popped in the 0.5ohm coil – same thing.

Even using different e-liquids including higher PG and the gloopiest I could find [high VG] the taste was simply not there – at all.

Now maybe I’ve been unlucky and got a bad pair of coils – but seriously I’m scratching my head as to why there’s literally only the slightest and I mean slightest taste coming from every e-liquid I tried.

Two days on and still the same.

No idea what that’s all about.

Final Verdict on the Aspire Evo

If I’ve simply got a bad batch of coils then I’ll be the first to re-review the EVO [I did indeed have a pair of dodgy coils see update below].

I was expecting a lot from this vape tank given it’s heralded as the ‘big brother’ of the much loved Nautilus X tank and I sincerely hope I have indeed got a bad batch of coils otherwise the much publicized new ‘wicking system’ has left the all-important flavour behind.

OK I popped to my local vape shop yesterday and bought x2 more coils – I let them soak in for an hour or so and have to say the difference in the taste was immediately apparent.

The new coils really did make a difference so I guess I was just unlucky first time around.

I have to say with the 0.4 Ohm coil the vapor production was outstanding – better than the Cleito if I’m honest and the taste whilst not 100% was markedly better at say around 85% of the expected taste profile.

However with the brand new 0.5ohm coil the taste was very good – up to about 90% of what I’d expect and whilst the vapor production wasn’t amazing it was still plenty for this old wannabe cloud chaser lol.

I had originally given the EVO tank an extremely low flavour score – however I have bumped it up to reflect the new coils. 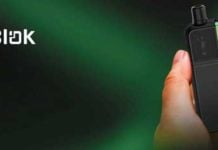 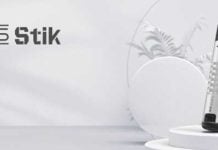