Child friendly vape and e-liquid wrapping should be outlawed in the UK say health ‘experts‘ and suggest plain packaging for UK vape gear.

The call is being led by ASH [Action on Smoking and Health] and supported by Chris Witty, the UK Government’s chief medical advisor.

They also want to see the end of e-liquid flavour names such as bubblegum candy and gummy bears, as they believe these are designed to attract under 18s.

These are totally inappropriate marketing techniques for manufacturers to be using, given that it is illegal to sell e-cigs to under-18s.

These techniques risk luring children into e-cigarette use who otherwise would never have tried them.

The government has a responsibility to do all it can to reduce the appeal of e-cigarette packaging to children.

This isn’t an old argument – the packaging issue anyway – but calling for flavour names to be banned is a new low IMHO.

I mean let’s face it no one seems to blink an eye at alco-pops and sweet flavoured beers and spirits.

Apparently the new calls for ‘bans‘ stems from a Kings College London study that suggested ‘kids‘ might be drawn to brightly coloured e-liquid packaging.

The chief medical officer should take note of this research and urge the government to take powers to regulate e-cigarette packaging.

The widely available child-centred packaging of e-liquids in particular, which includes brightly coloured cartoon characters and sweet names such as ‘gummy bears’, ‘cherry cola’ and ‘bubblegum’ is unnecessary, egregious and must be stopped.

Of course in the blinkered eyes of these guys, adult smokers looking to quit don’t do flavours…I do like a nice flavoured gin BTW…and have been known to partake in the odd glass of cola…but hey adults don’t like ‘flavours‘ right?

However, Professor Linda Bauld from Edinburgh University, hits the nail on the head saying:

This new research suggests that taking action to regulate e-cigarette packaging could help decrease the appeal of e-cigarettes to children.

However, given there is still some confusion between vaping and smoking, it is essential that any packaging requirements make clear the distinction between e-cigarettes and tobacco products.

It looks to me as if ASH and Witty want to introduce plain packaging to all vape products similar to those now used with lit tobacco.

Australia was the first country in the world to introduce plain packaging, on lit tobacco and the UK brought it in back in 2017.

I really don’t want to see the same thing happen to vape gear and juice.

So what are you thoughts on plain packing for vape gear and e-liquids?

Despite rumours of the Chinese Government planning a crackdown on vape regulations, GeekVape is planning a multi-million dollar expansion.

The hugely popular vape company is investing ‘several‘ billions of yuan in a new modern industrial park with what it is calling intelligent manufacturing.

GeekVape says this complex will be the first of its kind and could be fully operational within 2 years.

Geekvape has always been committed to helping improve human wellbeing and community development.

Benefiting from the ideal economic, geographical and business conditions in the GBA, in tandem with the momentum in the intelligent manufacturing sector, we will build on our presence in the area to expand globally.

Geekvape will provide our customers across over 70 countries and regions with better products and services enhanced by intelligent manufacturing and innovative technologies.

Even with countries like the US doing it’s best to decimate the vaping industry, GeekVape is going nowhere and is in fact growing …good news indeed.

The recent landmark pro-vaping article written by true tobacco and nicotine experts has been welcomed by the Association Of Vapers India.

The AVI says the report is particularly relevant to India where deaths from lit tobacco hits over 1 million each year. 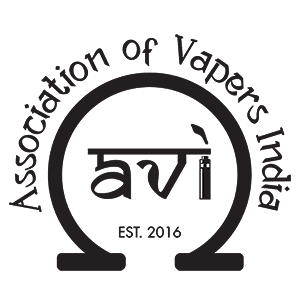 There are 12 million smokers in the country, and that figure equates to a staggering 12% of the world’s smokers…shocking….but huge profits for Big Tobacco…

And of course, the Indian Government has indeed banned vaping – or at least the import and sale.

I covered the article written by 15 former heads of the prestigious Society for Research on Nicotine and Tobacco (SRNT) in this piece: Embracing Vaping Saves Lives Says Eminent Panel Of Medical Experts.

These people really are true experts in the field and AVI, along with many others has welcomed the report.

This recent report will be of immense help to AVI in convincing policymakers of the benefits of vaping.

It’s worth reminding you that when the Indian Government announced the vape ban it was the World Health Organisation that was first to congratulate them!

Morons, and dangerous ones too.

Read more on the India vape ban in my piece: The India Vape Ban Is Nothing Short Of An Act Of Democide

And my interview with Samrat back in 2017: The Association of Vapers India Chats With EcigClick

Professor Neal Benowitz is Emeritus Professor of Medicine at the Center for Tobacco Control Research and Education, University of California San Francisco and this guy has forgotten more about nicotine than anyone else knows.

In an absolutely stunning study the Professor not only gives nicotine pretty much a clean bill of health, but says if vaping was taken up globally, the health benefits would be enormous. The ‘Guru’ tag comes from pro-vaping advocate Dr Colin Mendelsohn who says the study is a ‘must read‘ for vapers.

The Professor’s findings includes truth bombs such as:

It’s an amazing read and well worth digesting: Clinical Pharmacology of Electronic Nicotine Delivery Systems (ENDS): Implications for Benefits and Risks in the Promotion of the Combusted Tobacco Endgame

Vapers in America are being offered free recreation passes for handing in their vapes.

Talk about costly and desperate measures – especially when killer lit tobacco products are being ignored!

The scheme has kicked off in Summit County Ohio and vapers are being offered passes to local recreational centres as well as paddle board and kayak sessions.

Organizers say the offers are open to anyone and designed to:

…encourage healthy habits throughout the community.

Smokers need not apply one assumes…

Might be a great place to ‘recycle‘ your disposable vapes or indeed that tired old vape kit you’re thinking of throwing away and get something in return!

Vape Photo Of the Week…

They say a photo speaks a thousand words…so I’ll leave you with this. Sobering to say the least…