Ecigclick
Home Latest Vape News and Views The End For IQOS in the USA? Heat Not Burn Product Falls...

Is This The End For iQOS In The USA?

Despite a mountain of Big Tobacco funded ‘scientific evidence’ suggesting the heat not burn product iQOS is safer than cigarettes an advisory panel to the FDA has suggested they should not be sold in America.

Whilst the Federal Drugs Administration will not make its final decision for a few months – this is a telling blow to the ambitions of makers Phillip Morris Inc that has invested over $3billion in the product to date.

This doesn’t mean HNB products will never be sold in the USA but the panel did deliver an 8-1 against vote rejecting PMI’s claim that:

…scientific studies have shown that switching completely from cigarettes to the IQOS system can reduce the risks of tobacco-related diseases. Regulars here will know I’ve always been a little skeptical about this kind of product – however vaping products will also have to go before a similar panel in the near future so lets’ hope this isn’t the start of a ‘trend’ – an issue we shall be keeping a close eye on.

To re-cap iQOS is a new style of cigarette that still contains tobacco and nicotine but is heated and not burned – hence the name – BTW you can read Mike’s detailed IQOS review here.

It’s currently sold in over 30 countries with the most popular country of use being Japan and the company says they now have over 4million users.

iQOS is PMI’s centerpiece for it’s ‘big idea’ to stop selling normal cigarettes and replace them with HNB products – you can see my take on that in the article Marlboro Men Announce They Quit Smoking.

OK back to main iQOS news – the panel’s decision was reached after studying evidence from Phillip Morris’ own research which suggested the HNB products were significantly safer than smoking lit tobacco.

Indeed a company spokesman had already stated the dangers were far less than those of regular lit tobacco:

In fact the level of reduction is so considerable, it approaches 95% of the levels measured in smokers who quit altogether.

However just before Christmas 2017 the Reuters News Agency released a devastating investigation into the Big Tobacco company and included stories from whistle blowers and former insiders who said the company’s evidence on iQOS to the FDA was ‘filled with irregularities’.

Tamara Koval had worked at PMI for some time and was responsible for coordinating the clinical trials for iQOS.

After noticing some of the researchers were not up to scratch she reported it to her managers and was then shut out from any further meetings.

Reuters also spoke to a FDA commissioner David Kessler who after studying the Reuters findings – which included hundreds of pages of leaked internal documents and clincial trial findings – said:

Taken as a whole, it’s clear they do not have the sophistication to carry out adequate and well-controlled clinical trials.

PMI responded to the damning article saying they’d tackled any ‘irregularities’ the journalists had found adding:

…all studies were conducted by suitably qualified and trained Principal Investigators…

The Reuters team were at pains to make clear they didn’t find any evidence that suggested the:

…experiments presented by the company to the FDA was manipulated or falsified.

However and despite the mountain of paperwork and scientific findings the FDA advisory panel were not convinced PMI had proven all their claims.

Is This The End Of iQOS In The USA?

This announcement whilst not the final nail in the company’s coffin and ‘Smoke Free Future‘ ambitions is a hard body blow and they saw their stock price fall considerably after the news went public.

The panel accepted there was a reduction in harmful toxins released by iQOS but felt the company scientists hadn’t proven:

…that lowering exposure to those chemicals is reasonably likely to translate into a measurable reduction in disease or death.

Without both the panel decided it couldn’t fully support the company’s claims. 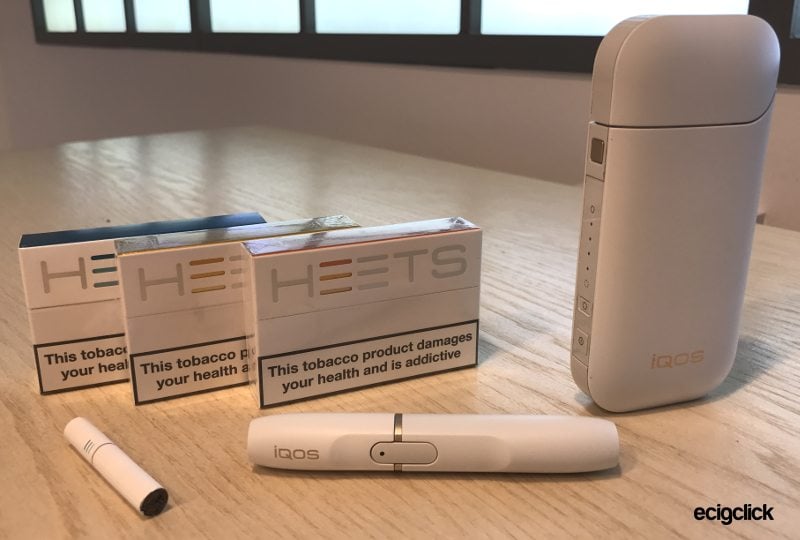 One thing I would like to add is I can’t help wondering why PMI didn’t get these clinical trials and studies done by a transparent fully independent company.

Or am I guilty of naivety for once?

Whilst the FDA doesn’t have to follow the advisory panel’s advice – it’s rare they don’t which is of course a major setback to iQOS.

However PMI company spokesman Corey Henry was putting a positive spin on the findings telling the New York Times:

We are confident in our ability to address the valid questions raised by the committee with the F.D.A. as the review process for our application continues.</span

As we all know breaking into the American market with anything from a pop record to a book is a major boost and usually sees worldwide acceptance of the brand.

Given many e-cigarette devices and e-liquids will also have to ‘pass’ a similar panel of ‘experts’ as I said at the start – lets’ hope this isn’t the ‘writing on the wall’ for future submissions.

And I suggest company lawyers trawl through these findings to see how they can avoid a similar decision.

As soon as we get any further developments or reactions to this we’ll let you know.