No U Turn On Vaping Says Public Health England

An anti-vaping professor has called on Public Health England to drop its support of vaping.

Martin McKee, Professor of European Public Health at the London School of Hygiene and Tropical Medicine, has been sniping at vaping for a while now and cites yet another new study that claims vaping with give you a heart attack.

Something Ive rebutted more than once:

McKee jumped onto the ‘vaping causes US deaths’ bandwagon to spout his nonsense, however if anything Public Health England is increasing its support of vaping being considerably healthier than lit tobacco.

Martin Dockrell, head of the Tobacco Programme at Public Health England, not only gave the all clear for UK vapers, but suggested PHE would – armed with the science and facts of today – probably lower the risk of vaping from 95%!

Vape giant JUUL is in hot water again with the US Government over its marketing claim that vaping is safer than smoking.

No matter what you think of the company, you can’t argue that in this case they are right and backed up by facts and science.

However the FDA disagrees and has sent the company a strongly worded warning letter saying it’s fallen foul of the law as it suggested the device was sold as a modified risk tobacco product without FDA approval.

Acting FDA Commissioner Dr. Ned Sharpless – under pressure to resign from one politician over his handling of the alleged “teen vape epidemic” – said:

Regardless of where products like e-cigarettes fall on the continuum of tobacco product risk, the law is clear that, before marketing tobacco products for reduced risk, companies must demonstrate with scientific evidence that their specific product does in fact pose less risk or is less harmful.

JUUL has ignored the law, and very concerningly, has made some of these statements in school to our nation’s youth.

We will continue to scrutinize tobacco product marketing and take action as appropriate to ensure that the public is not misled into believing a certain product has been proven less risky or less harmful.

We’ve also put the industry on notice: If the disturbing rise in youth e-cigarette use continues, especially through the use of flavors that appeal to kids, we’ll take even more aggressive action.

JUUL now has 15 days to respond to the letters – or face huge fines or even seizures of its products.

A spokesman for the company said they would review the letter before making any comment.

Like I said – love ’em or hate ’em – they are right about e-cigs being much safer than smoking – they’re just wrong in the current laws in America.

WHO Continues It’s War On Vaping

The World Health Organization is increasing its anti-vape stance and this will lead to very many deaths says a leading vape advocate.

Clive Bates has got his hands on a leaked document from this weeks WHO Global Tobacco Regulators’ Forum (GTRF) to be held in Holland.

He calls the papers “wretched documents” with the WHO’s current attitude to vaping and e-cigarettes simplified as:

The killer problem, literally and figuratively, for these measures is the issue of harmful unintended consequences.

Such consequences are obvious and foreseeable once you accept even the possibility that these products are much lower risk than smoking and that they can substitute for smoking in the way people consume nicotine.

There is plenty of evidence to support these contentions and no credible evidence to deny them.

Calls to ban vaping in Canada would just force vapers to a dangerous black-market says a public health expert.

Professor David Hammond, is one of the country’s foremost experts in chronic illnesses and has recently begun focusing on vaping.

He says tough regulations on vaping and e-liquids are the way forward, and NOT the outright banning:

We can’t wish them away… to the extent that we have many, many Canadians using these products, I don’t think pushing those folks outside the legal market makes sense.

His words come as pressure mounts on the government to ban e-cigs from bodies such as the Canadian Pediatric Society.

The spate of black-market THC cartridge deaths and severe respiratory diseases in the US have added fuel to the call for e-cigs to be outlawed and other groups want to the follow the lead of San Francisco and Michigan in the US where ban orders could become law very soon.

However Professor Hammond doesn’t agree with a Canada vape ban:

They’re almost certainly likely to be harmful but much less harmful than smoking.

There’s no reason for non-smokers to be using these products because they will increase health risks.

An open consultation on proposed requirements for the labeling and packaging of vaping products, by the Canadian Government has just ended.

It will be very interesting to see which way the country goes – lets hope they take a more positive approach than their American cousins.

New York has been bombarded with anti-vaping adverts thanks to a $1million blitz funded by the Campaign for Tobacco Free Kids.

The ads are aimed at the City Council who will soon be voting on two bills – one to ban all flavoured e-cigarettes and the other to ban menthol lit cigarettes.

The two bills were written back in January and up until now, the council has been pretty much split down the middle.

However the recent spate of respiratory illnesses and at least 2 deaths from vapers using street bought contaminated cannabis cartridges – San Francisco and Michigan planning to ban e-cigs outright, has seen a sea-change among Councillors.

Even leading Councillor Corey Johnson, who admits that using a JUUL helped him quit smoking, is now likely to vote for the ban – one rule for them I suppose.

I’m not proud of my Juul, but it’s a bridge hopefully for me to ultimately be totally nicotine-free.

Matthew Meyers, president of the Campaign for Tobacco-Free Kids, said:

We are at a critical juncture in our nation’s public health history.

Menthol flavoured lit cigarettes are believed to be extremely popular among the city’s black population. Civil-rights activist Al Sharpton is against the proposal and insiders say he has a lot of influence on Councillors.

Strong and serious actions need to be taken around certain flavored products, which is why we already stopped selling our non-tobacco/non-menthol based JUUL pods to traditional retail stores and are aggressively fighting against counterfeit and compatible flavored products which can appeal to youth and can be made with unknown ingredients, under unknown quality and manufacturing standards.

We believe strongly that menthol-based products, including mint, should be available at retail alongside tobacco and menthol-based cigarettes.

JUUL once again doing its level best to rid the world of any flavours other than the ones they sell…cut-throat business model or what!

We’ve got schools with vape alarms in bathrooms and now kids can’t even take a dump in private!

A case of no vooping or pooping in private 😉

Wilson High School in Alabama has removed all the doors from the boys toilets after the head teacher said he found a kid passed out from “too much vaping”. 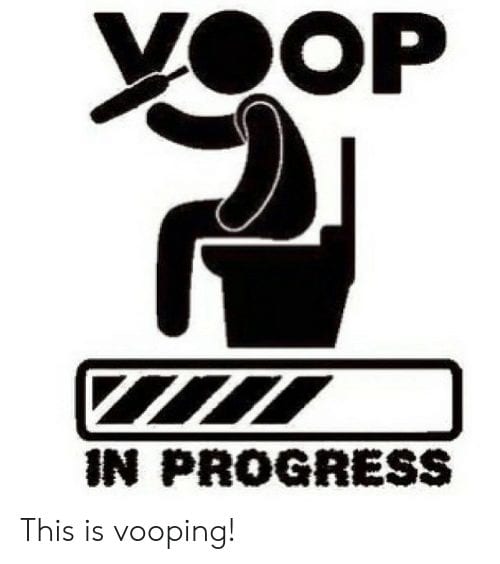 Parents say the move is a little excessive with one mom suggesting cops [WTF!] or ‘vape spotters’ should be used – whatever they are lol.

Principal Gary Horton says it’s a temporary measure until they could figure out what to do.

Scotland Wants To Keep Vape Adverts Away From Children

If ministers have their way all vaping adverts will be removed from public spaces and hidden behind closed doors.

Scottish politicians are hoping to become the first country in Europe to remove all e-cig adverts from billboards and bus stops in a bid to stop kids seeing them! It’s all about the kids again FFS!

This will make Scotland the first country in Europe to do so.

The proposed restrictions will not apply to any public health campaign and the proposal is to allow advertising at the point of sale, provided it’s not seen outside the premises.

Anti-vaping groups in New Zealand are calling for vape ads on sites such as Tinder to be swiped off the platform.

However those in the know reckon the ads are breaking no laws, unlike most dating sites which can lead to broken hearts…allegedly.

An IQOS ad on Tinder shows the device with the strapline:

A perfect match for 7.3 million users and counting.

Ouch! Cheesy or what lol – but then isn’t most of the content on those sites cringe-worthy?

Anyway those ads might be a thing of the past come 2020 when strict new legislation comes in.

Until then if you love vaping are you gonna swipe left or right for IQOS?