It seems a pretty obvious statement to the millions of us around the world that have quit thanks to e-cigarettes.

But the more data we get, the more politicians and health organizations may listen and back off with the constant banning.

A team of Italian researchers looked at the smoking habits of 210 people aged over 55.

The smokers were split into 3 groups with one given nicotine based e-cigarettes – the other nicotine free kits and the final group given no vape gear.

All of the participants were given 12 weeks of smoking cessation therapy and the results showed a significant decrease in smoking in the nicotine e-cigarette group.

After 6 months about 20% of the entire sample stopped smoking.

Participants who used e-cigarettes with nicotine smoked fewer tobacco cigarettes than any other group after 6 months.

Our data add to the efficacy and safety of e-cigarettes in helping smokers reducing tobacco consumption and improving pulmonary health status.

The sad thing is it’s studies like this that never make the mainstream news.

Read the study for more info.

It’s a simple question…why do so many smokers dislike safer and healthier nicotine alternatives such as e-cigarettes?

Hopefully the answers will come in the latest webinar hosted by the New Nicotine Alliance – and you’re invited. Hosted by NNA vice chair Louise Ross, the webinar will feature two smokers that have tried all the alternatives but continue to smoke.

What is it about reduced risk nicotine delivery products that just will not currently work for them?

Is it the scare stories surrounding vaping or the lack of publicity of less harmful options due to over-cautious regulation?

Is it that the technology does not quite emulate the smoking experience yet?

Or maybe it is simply that, for many, there will never be anything better than ‘the real thing’?

Interesting questions for sure and Louise will be joined by Hazel Chinnery and Liz Barber this Thursday July 23rd between 6pm – 7pm (BST).

Since the EU and UK wide ban on menthol flavoured tobacco, many smokers are at risk from trying alternatives. One in eight have turned to online forums and videos showing how to add menthol flavour – with some using e-liquid.

PMI says this shows how dangerous it is to ban the product, something that has angered Deborah Arnott, chief executive of Action on Smoking and Health.

It’s just laughable for Philip Morris International to suggest that smokers are likely to make their cigarettes more dangerous by adding menthol.

Cigarette smoke is hot, toxic and carcinogenic, sticking to the inside of smokers, lungs and blood vessels and causing carnage throughout.

If you’re a fan of menthol lit tobacco PLEASE do NOT add e-liquid to regular tobacco – or anything else come to that.

Please DO read our article: 5 Best Menthol Vape Juice – Tastiest E-Liquids You Can Find – and make the switch for your health.

The amount of law suits around JUUL could make your head spin and now the company has taken to the courts.

It is calling for the U.S. International Trade Commission to ban imports of any products that can be used with the JUUL device. This includes pods whether empty or filled and I guess devices such as the JUMATE pod refiller.

Not only that, JUUL is also seeking the ban of any products it says copies the company’s patented designs.

There was a significant uptick in the volume of unauthorized Juul-compatible products being sold in the United States in November 2018, after Juul Labs’ voluntarily restricted its product offerings in response to reports of increased underage use of vapor products.

We’ll keep you informed as to how this one goes.

UK based e-cigarette company SMOKO is going green in a big way and helping to save the Amazon rain forest.

Not only that, it has upped its green game and has plans to offset its carbon footprint in a major initiative. 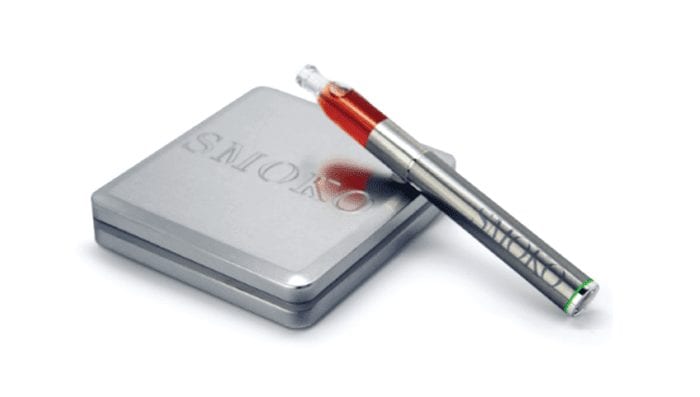 SMOKO has teamed up with Ecologi and has ambitious plans including: a solar power project in India, a landfill gas capture project in Thailand and a wind farm in Turkey, as well as projects in the Amazon in Brazil and Peru.

They have also supported the planting of over 10,000 mangrove trees in Madagascar resulting in a huge offset of its carbon footprint.

While we have hit these impressive milestones with our customers’ help, we wanted to ensure we are doing everything we can to reduce our company’s impact on the world around us.

So, we have taken a look at our environmental footprint and CO2 emissions.

For 2019, we over-estimated our footprint to be approximately 62.5 tonnes of CO2, but becoming carbon neutral didn’t feel like we were doing enough.

So, we have committed to offsetting 246 tonnes (that’s about four times our annual carbon footprint) of CO2 for 2019 and will continue to offset our footprint in the years to come.