The XTAR PB2 charger is from a Shenzhen brand that specializes in all things battery, battery charger and flashlight. They are best known for their minimalist MC series of external chargers, which are great space savers that take care of all your external charging needs, whether they be for a single battery (MC 1 Plus), dual 18650s (MC 2)or a whole fleet of batteries (MC 62 Queen Ant) while you get on with your hectic vape lifestyle.

I wasn’t expecting the nifty and sleek little PB2 for review but…in the week I’ve had it, it has already saved my disorganized hyde twice. Here’s a safe, lightweight portable charger for dual 18650s, which can be used as a power bank or simply as a pocket-sized external charger for charging your 18650 batteries from the plug behind the bar, from your vehicle etc.

Now…I don’t know about you but I’m always running out of power SOMEWHERE, whether it be my vape or my phone and, being that this little baby saved my skin in both instances this past week, I intend to keep it in my bag always!

Well, external chargers, which are essential to safe battery practice, as a vaper, are usually bulky, heavy and ugly things. Now, you do get minimalist designs like the MC series from XTAR but I still find them hard-edged and unattractive. Yet, the design of this portable charger is actually pleasing!

On taking it out of it’s white, hanging display box, the first thing I enjoyed about it was its extremely diminutive size. It is as small as you might expect a simple dual 18650 holder to be, let alone a charger.

The second thing I enjoyed, on lifting it out of the packaging, was the almost negligible weight of it, only 20,6 grams…it’s feather-light!! The third thing I enjoyed was the velvety smooth, rubberized finish. For a change, someone has gone to an effort to make a battery charger look and feel good! I am already impressed.

Fourthly, all edges are rounded, like a compact little, velvet smooth pod.

Fifthly, the batteries, when installed, are entirely enclosed, thanks to a ‘battery door’ that’s well magnetized with 2 powerful magnets.

There’s no nasty spring loading that has to take place and make a racket or scratch your batteries, just an easy slipping into place and a shutting of the door. I like this thing already.

How Does The XTAR PB2 Perform?

The first night I used this device out…I had it in my pocket and, with 2 18650s installed, it was considerably lighter than your average dual 18650 mod, weighing in at just 146g with Samsung 2500s.

Needless to say, I ended up staying out far longer than anticipated and, when I got to the beach late that night for some after party action…the full moon had me dying to take pics of the bay with the moon over it.

Well, My phone was dead but damn, was it something else being able to plug the phone into the device (while still in my pocket) and snap my pics to my heart’s content. Best of all, the device is so light, even with the 18650s in it, that it’s no sweat at all. Well, this site is about vaping and when it comes to vape convenience, my second outing with the device, 2 nights later, proved it’s worth on that front.

I had some friends fetch me unexpectedly in the morning and with all my batteries half dead, I was on the verge of selecting a cluster of on-board battery devices for the day when I remembered the charger, grabbed a car adapter and wham…by the time we reached our destination, both batteries were charged and I had peace of mind for the rest of the day!

It only took an hour and a half to charge both batteries from 50% to full in the car.

This PB2 from XTAR is a lifesaver and there’s no two ways about it, but it doesn’t stop there.

I’m a little particular about appearances and this device is sleek and attractive, not to mention the diminutive size!

Seeing as I’ve been sporting a mech most of the week and only using one battery at a time, I’ve actually replaced the big, clunky Nitecore SC4 charger which looks like it belongs in the 80’s to charge my cells discretely without taking up any desk space. This charger can literally sit on the surface inbetween my laptop keyboard and screen, so that I can keep an eye on it while referring to whatever paperwork I might have on the desk next to me. It’s too small to get in the way, I just love it!

So in other words, this chargers functionality for me exceeds its use as a portable, it makes a really attractive desktop space saver as well!

Another thing I like is just how easy it is to use. It has a button on the side, so that when you’re out, with cells installed and you want to check their charge, you just press this button and this hidden, digital display lights up with your battery levels.

When you plug in a phone or vape, you don’t have to press anything, it just starts charging. There’s no power button and there are no controls other than this level checker which allows the LEDs to sleep and thus conserve power. It makes everything that much more convenient.

Plus, given that a 2A charge is about as much as you can ask for from any vape charger, this thing has all the charge speed and power of your at home charger in a convenient, sexy, pocket friendly package. There is, quite simply, nothing bad about it!

Oh wait, wait…the one complaint I have is the lack of a ribbon in the chamber, since I have quite a hard time extracting my cells and may end up damaging them when I am forced to use a screwdriver or cocktail stick for leverage.

Also, I like the fact that it does charge batteries independently so you can have a full battery installed and add a flat one to the mix with no worries.

The digital, bright blue LED display gets ever so slightly warm but the rest of the device stays 100% cool, it’s truly miraculous! 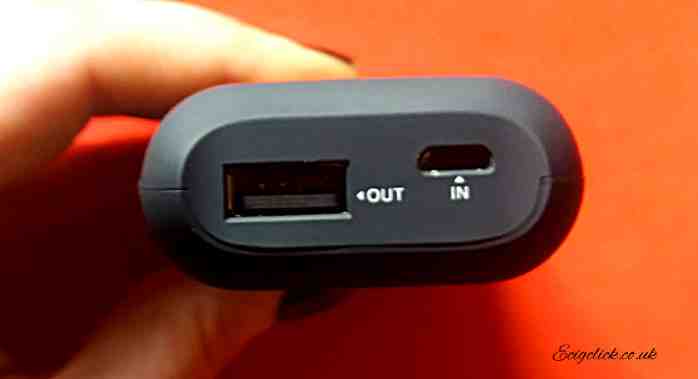 The PB2 by XTAR is going to bring a new level of convenience to your life. Whether you’re a mech user, a regular mod user, an on-board battery mod user or just someone who’s phone always dies on them. The PB2 is not only the perfect phone and mod charger for camping missions and outdoor events, it’s perfect for a night out and keeping your desk neat and tidy because it’s neat, enclosed and tiny.

A simple device that performs as advertised and really sets the bar in terms of weight, size and portability. I’d love to see a 20700 and 21700 version of this and just hope that XTAR will be releasing those sooner than later.

Would I buy the Xtar PB2 if I lost/broke the device? Oh, absolutely VOKE Inhaler Review – As Good As An E-cigarette For Quitting Smoking?