Today we are going to take a look at the iJoy EXO RTA!

Now it might be fair to say that my past experiences and opinions of iJoy tanks haven’t exactly been as stellar as I would like them to have been! However, the tanks have all been functional and have always done their job just fine. So when I learned from Jonny that the EXO RTA was coming my way, my first thought was I wonder what this one’s going to be like?

But like all good reviewers I don’t and will not let past experiences blur my vision.

For those of you out there in Vapeland that don’t know who iJoy is, there can’t be many of you as iJoy is such a well known brand these days, their full company name is Shenzhen iJoy Technology Co LTD and they are based in China.

Keep Scrolling For My Hands On Video Review

The iJoy EXO RTA Tank is made of Stainless Steel and Pyrex Glass with a wide bore Delrin mouth piece. The RTA comes with 2 types of coil decks both made of SS, a single velocity style and a dual velocity style, included in the box are two spare Pyrex glass tanks 2ml and 6ml along with an extension, all threads are smooth.

The quality over all is very good and I like the design, iJoy have a knack of making their products stand out and they have done so again.

A quick guide to changing the coils and filling the EXO

*I recommended emptying any E-Liquid in the EXO RTA Tank before changing coils. 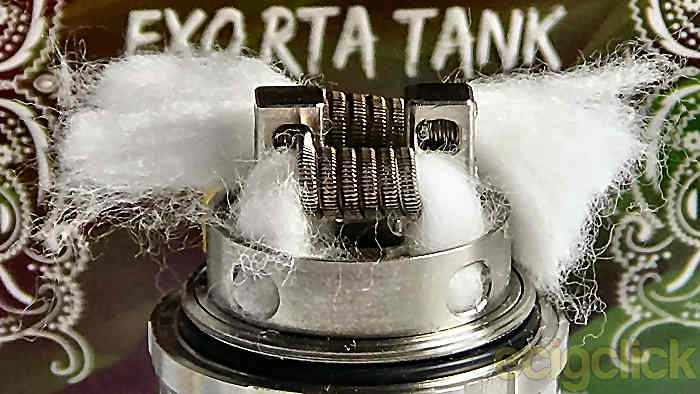 Turn your EXO tank upside down and remove the base by unscrewing (the coil deck will come away with the base) remove the old coil/s and replace new one/s! Wick as normal by placing cotton through the coils and placing the tails behind the liquid slots on the deck, moisten your cotton with a little liquid and replace the deck into the main part of the RTA, Close off the liquid regulator by twisting the tank section until closed.

To fill your tank turn the tank right side up and unscrew the liquid intake cap fill through the two kidney shaped holes, re screw the cap back on and open the liquid regulator. Then simply leave the tank for a few minutes for the cotton to soak up your liquid.

How does the iJoy EXO RTA Tank Perform?

* Please do not use this item on a hybrid mech mod.

The iJoy EXO RTA Tank comes in 7 parts in both configurations. 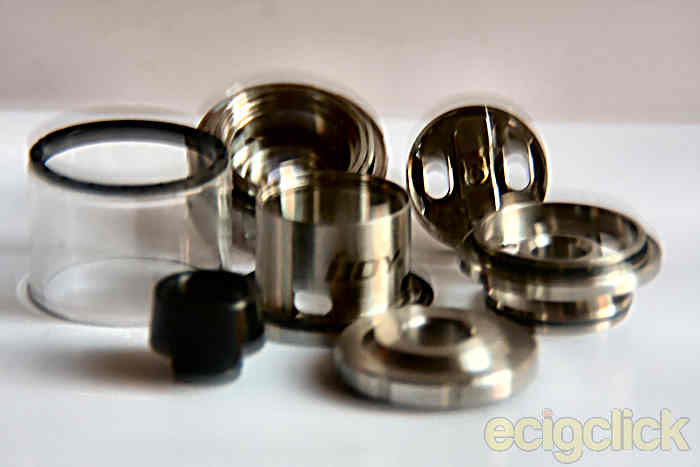 Base/airflow/Coil/liquid regulator the bottom of the base has the words designed by iJoy laser etched on it along with a CE mark and a non recyclable bin character also a unique serial number. The coil deck screws into the base and the coils are placed into the velocity style deck posts. The airflow is handled by 2 cylon style slots on each side of the deck. 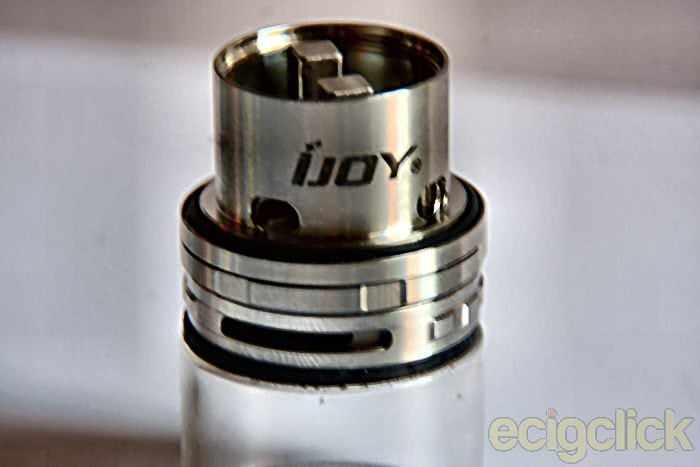 The liquid regulator screws into position over your coils The mouth piece is made from delrin and fits into the top cap, which screws into the fill port, which is handled by two kidney shaped holes. *Tip if you can’t disassemble the tank section the first time you dismantle the RTA run hot water over it for a few minutes, this will loosen the O ring slightly. 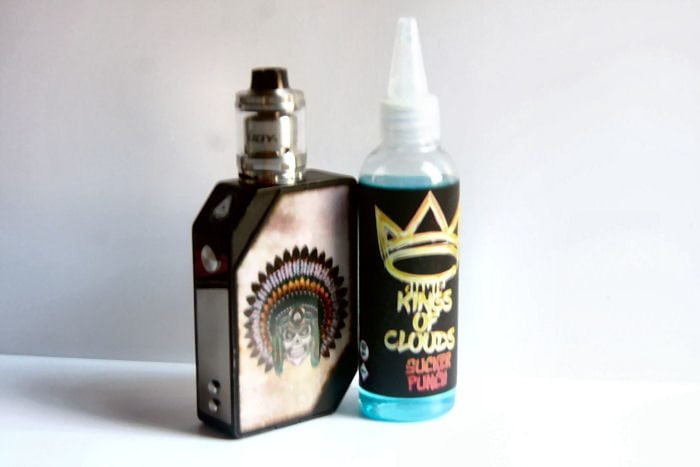 I tested the EXO RTA on my Limitless LMC 200w with two of the three Kanthal Clapton coils that came with the tank.

At 0.18ohms and built on a 3mm post, I used a 3mg liquid by King of clouds called Sucker Punch.

At 60w, I have to say I’m totally surprised and impressed by the amount of flavour and vapour this tank can produce.

With a wide open airflow, direct to lung style vaping, I was able to get the EXO RTA up to 75w before the flavour started to diminish and up as far as 90w before I got a dry hit.

If you vape at such high watts I recommend you use the 6ml tank or you will be continually filling the 2ml tank.

Dropping the watts down to 40w with the airflow more than half closed I was able to experience a passable mouth to lung style of vaping.

The tank as a whole does get quite warm while chain vaping but cools quickly if left alone for a few minutes.

I like the fact that I can vape the iJoy EXO RTA up to 75w without too much of a drop in flavour, the inclusion of a larger tank and extension in my book is a bonus, I’m not going to say anything about the TPD and 2ml tanks as you all know my feeling about that lol but I am pleased it comes with a 6ml tank and extension. 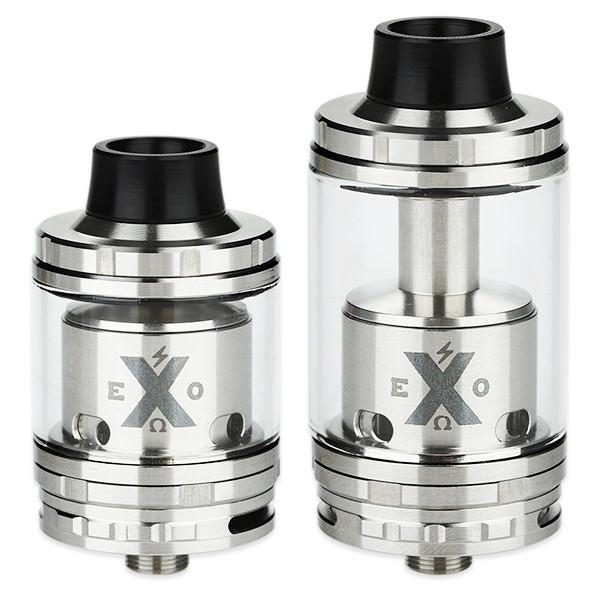 Like I said above while chain vaping the tank does get warm but cools quickly, being that the EXO comes with two types of velocity style deck it is extremely versatile and easy to coil.

See The EXO RTA In Action With My Video Review

There really isn’t much I can say about my dislikes as I’m having a hard time finding any which I guess should go in what I like about this tank lol.

However, if pressed I will just mention the wicking of the coils. In my experience I would cut your cotton shorter than normal enough to place behind the wicking holes, this was trial and error on my part and believe me or not I did experience have a few leaks from the airflow until I got this right.

I was totally surprised by the iJoy EXO RTA Tank, with the velocity decks even a new vaper with premade coils will find it easy to coil although wicking takes a bit of practice! With my past experience I found giving a seal of approval for some iJoy RTA/RDTA’s difficult.

This EXO RTA Tank is totally different, iJoy have stepped up their game with this Tank!

Would I buy th iJoy EXO tank again if lost or broken? And would I recommend it? Yes on both counts 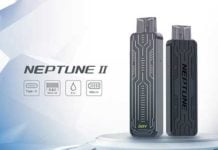