The new Lost Vape Q-Ultra AIO is the latest in a seemingly never ending run of releases in the Orion series.

Lost Vape has labelled this an AIO – an All In One device – and appearance wise not much has changed apart from the weight and size – it’s bigger and lighter! I’ve had the pleasure of reviewing all of the Orion series and whilst not quite bored of them yet – I reckon this might or is that should be the last reiteration – unless they bring out a chunky proper Orion box mod:)

OK, in the past we’ve seen and I’ve reviewed:

And breathe lol…BTW I copied and pasted that from Michelle’s preview of this device – thanks ‘Shell – I have tired old fingers ooer.

What Can We Expect From the Lost Vape Q-Ultra AIO Kit?

As I’ve said it’s bigger with a 2ml TPD capacity and 4ml for the rest of the world.

There’s x3 coils – one of which as we shall see is NOT included in the box and has to be bought separately.

The BIG news is the Lost Vape Q-Ultra AIO has an RBA deck – which sadly also has to be bought separately – though at a very competitive price. 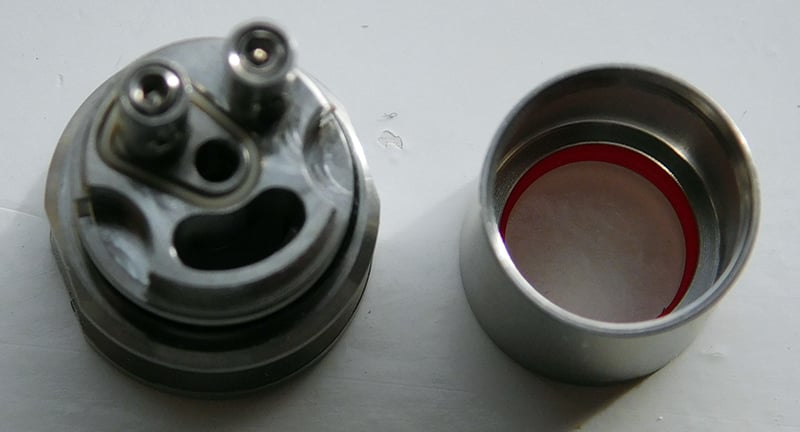 The device has a 1600mAH inbuilt battery – quick charging – and cannot be hooked up to the Evolv software.

Though saying that, these days I could be swayed by copious amounts of loo roll – lentils and boxes of Army rations…

As boxes go this one’s very pleasing on the eye and the sleeve pulls off to reveal another box – and inside you’ll find: The Lost Vape Q-Ultra AIO – to give it it’s full name – is – as I said above – the latest in the long line of Orion devices.

This one is larger but lighter and has a inbuilt 1600mAH battery maxing out at 40w. 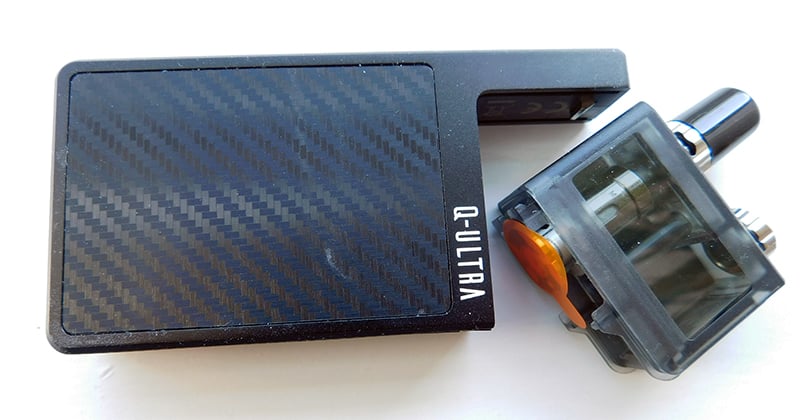 Whilst it’s predominantly designed for Direct To Lung vaping [DTL] – there is an included Mouth To Lung [MTL] coil. There’s also a 0.3 ohm coil, as well as an RBA deck both of which can be bought separately.

I’ve received both of the latter – however the RBA came in a little plastic bag rather than the retail box and of course I shall be reviewing both as well as the included coils.

BTW, the coils are the new Ultra Boost variety and are not compatible with the previous Orion series of devices.

It’s a variable wattage device with a large fire button and 0.69 Inch OLED display screen – no temperature control or hooking up to the Evolv software with this one I’m afraid.

As I’ve already said, the Lost Vape Q-Ultra kit is larger but significantly lighter than the previous kits in the Orion series.

This one is made from extremely lightweight aluminum alloys and plastics, but still manages to feel good in the hand and able to take a few knocks.

Design wise not much – if anything – has changed. It still has that Action Man walkie-talkie styling and the dead easy top fill system.

The addition of what looks like ventilation along the side lifts it a little especially the black carbon fibre [sticker] version I received. The airflow control is located just beneath the mouthpiece – speaking of which the one I’ve received is a little bent and the AFC ring just spins around – hopefully that’s because mine is a review sample.

Though saying that, I have had similar experience with a couple of the other Orion kits I’ve reviewed, and with just one in the box you might have to buy another if that bothers you.

So in effect I’ll be reviewing all of the coils and indeed the RBA deck with wide-open airflow, though I have been placing my finger across the slots to shut it down a little.

How Does the Lost Vape Q-Ultra Perform?

I absolutely love the Lost Vape Orion Q Pro and it goes absolutely everywhere with me – so is the Q-Ultra going to replace it as my daily go to?

But wait – that’s NOT to say the Q-Ultra is not a very good device in fact it’s [spoiler alert!] – an excellent device – I just prefer the smaller version and the pretty colour lol.

OK, and in all seriousness, let’s take a look at how it performs with each of the coils and the RBA deck.

Remember – the only cartridge I received has a faulty airflow!

OK for all of the coils and deck I used my last drops of the absolutely delicious 12 Monkey’s Circle Of Life – bloody wondrous stuff! And yeah once the coil was soaked – or primed – the MTL coil kept up well enough.

Lost Vape says this one’s for DTL vaping between 20 and 28w.

At 20w it’s a coolish vape with plenty of clouds and pretty decent flavour and given mine is stuck at wide open – it’s obviously airy. 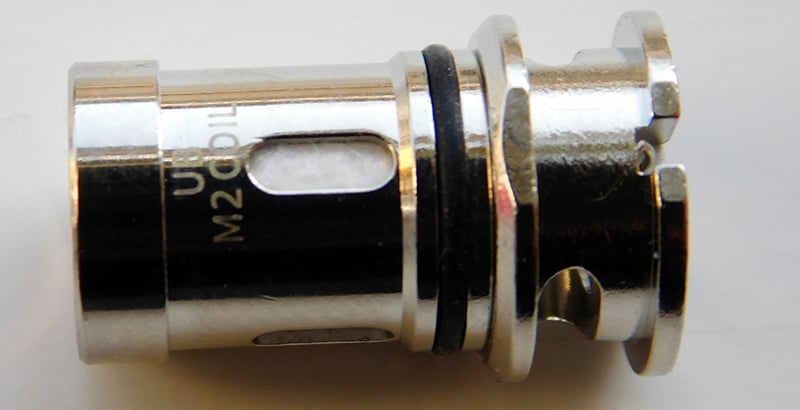 I managed to close off one of the AFC slots and the flavour bumped up a notch – but still what I’d call a loose DTL hit.

I found 28w gave me a very nice vape indeed and that’s how I’ve been vaping this one.

Lost Vape says this one’s for MTL vaping between 8 and 15w.

Given my issue with the airflow control, I haven’t really been able to get what I’d class as a tight draw – even with my fingers trying to shut off both slots! However, and with of course the smaller juice ports on the coil, there is a suggestion of a decent MTL vape – just about!

Don’t bother with starting at 8w – it’s a weak vape to say the least. Even at 15w I wasn’t that impressed and pushed it to 20w with a good flavour and as you might expect from too much air – plenty of clouds.

Real pity I couldn’t try out a genuine closed off airflow MTL vape.

As I’ve already explained this coil is only available when bought separately.

Lost Vape recommends this one is vaped between 30 and 40w. Even with wide open airflow the flavour is excellent with billowy clouds.

Clever move by Lost Vape to market this separately lol – the best of the three by far.

OK, I received mine in a baggy – obviously the retail version will be in a box!

OK, to get to the deck you need to unscrew the retainer and screw the deck into the 510 adapter – me stating the bleedin’ obvious lol.

The deck is a very simple affair with two decent posts and large post holes. I found placing your coil directly above the bottom airflow slot and slightly raised, gave the best vape.

Be VERY sure you’ve snipped the legs tight as you can – there’s not much space between the retainer and the posts. Trust me I could NOT get mine to sit down as there was the tiniest and I mean tiniest sliver of coil leg poking out! A very easy deck to build on – even for me 😉

Now this is where things got tricky for me at least.

I’ve wicked this about half a dozen times until I’m comfortable with the vape.

There are wick slots and you really must snip the tails tight to the bottom. Wet your cotton and tease/mold it into the cut-outs and be VERY careful when screwing the retainer back on.

There are x2 juice ports and the aim is to have the cotton showing but not poking through if that makes sense! On my last build I poked the wet cotton in with a pin lol.

Take time with your wicking and you should be good to go.

After what at times felt like bomb disposal with that delicate wicking – I was hoping for BIG flavour lol.

I used the included coils both of which came out at around 0.5ohms.

At 30w there was a marked increase in flavour by at least a notch – not very technical I know – but it definitely bumped up.

I found my perfect vape at 37w and with the airflow wide open it felt a little more restricted than the DTL coils.

However truth be told – I still prefer the 0.3ohm mesh coil – go figure after all that effort lol.

A tough one this because as you’ve seen I have a bias towards the Orion Q Pro, plus my airflow control ring was faulty.

This one won’t be replacing the Q-Pro – however, that RBA deck really does bump the flavour up a little if you can get the fiddly wicking right!

Given the UK is currently in lock-down and with stock coils possibly becoming scarcer than toilet rolls – buying the RBA deck at a pretty good launch price [around £10] – might be a wise move.

But remember – it nor the coils are compatible with the other Orion series pod kits!

As for overall performance, the 0.3ohm coils are IMHO definitely worth buying as an extra item if you can’t be arsed with rebuilding – best of the three by a mile.

OK, so have you bought or considering buying the Lost Vape Q-Ultra?