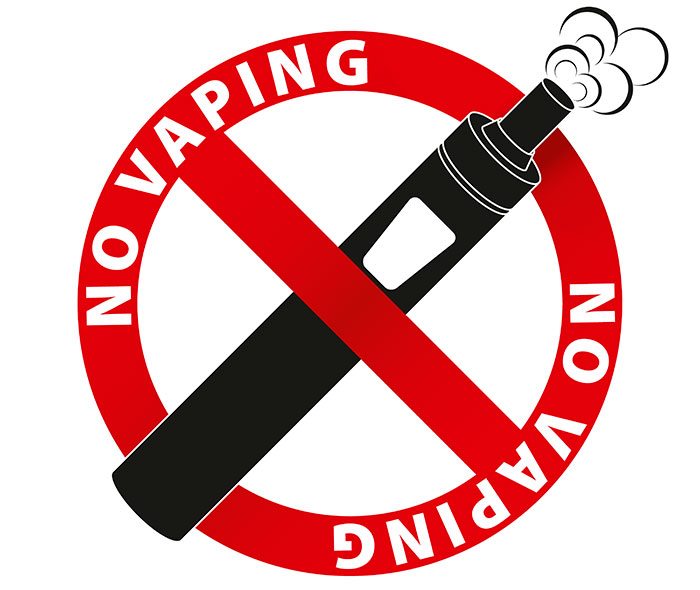 Sitting on the deck of a waterfront tavern near Cape Town, South Africa…I settled down with my cider and in happy anticipation, switched on my Smok Morph mod.

I took a polite 40W draw, trying not to frighten the daylights out of the middle aged crowd with any massive cloud action. Delicious. My relaxation was short lived…a tap on the shoulder:

As if I’d eaten their baby…“ Would you mind?”

“Not at all…although it’s vapour, you know…” said I.

The entire table responded by kicking up a fuss:”It’s still disgusting,” “It’s no different” and “I still shouldn’t have to breathe it in.”

All this even though the wind was blowing all the fragrant fog in the opposite direction.

Not amused, I took my business inside…where the crowd was wilder and I was forced to bond with the smokers by breathing in their actual carcinogens.

I’ve never been a moaner but man, popular opinion, as far as vaping goes, has been ruffling my feathers rather a lot lately.

In spite of the fact that vaping on that deck is perfectly legal (because of the facts, no doubt), I was still made to feel unwelcome, outcast and a little like I was injecting myself with heroine in public.

Knowing what I know about my health now, versus when I was a smoker: I can only see this as a direct result of muddled, somewhat ignorant public perception.

So how can we change the publics perception on vaping?

Since we can remember, tobacco companies have held a special place in the minds of conspiracy theorists. It’s no secret that governments have had a tendency to value tobacco taxes over public health.

How else do we explain the fact that something with zero benefits and 100% life-destroying potential (ie, tobacco) is legal and sold in stores all around the world?

The world is addicted to tobacco, in one way or another…some grow rich while others pay the price.

What tobacco companies didn’t expect was the type of opposition that came at the turn of the century…opposition in the form of an alternative product, a solution for millions and a serious financial concern for the few.

The reaction from governments and tobacco companies was swift and brutal. The media is flooded with clear and flagrant propaganda.

A recent video stated that teens who vape are 3x more likely to smoke, forgive me but…whaaaat???!!!

The context is interesting and the name of the Californian anti-vaping campaign of which this video forms a part… ‘Still blowing smoke’ further amplifies public misconceptions: we are, in fact, blowing vapour…you complete nit-whits.

In my experience, no-one detests smoking cigarettes more than a vaper, correct me if I’m wrong, please.

In fact, it’s undeniable that e-cigs are all about being a gateway out of smoking and not into it…read this.

Plus, if a vaper teen pics up a smoke to try, I imagine they’ll put it out and go straight back to vaping.

Here’s a great article, courtesy Cancer Research UK, attesting to the fact that smoking among the youth is at an all-time low and continuing to drop, as a direct result of vaping…I love it!

We also covered the latest studies that show vaping does not lead kids to smoke.

Warped Perception 2: Vaping Is Just As Bad As Smoking

This is a classic example of hearsay, on top of sensationalism, on top of propaganda and a lot of it has to do with the fact that people are inclined to read a negative headline and then repeat it, without doing any further research.

The grapevine has taken on dangerous proportions, with the speed and reach to do serious harm.

The media loves a scare…and so the unfounded rumors spread.

At the onset, the general public displayed a positive attitude toward e-cigarettes:

“Yes, I hear it’s a safer alternative to smoking…”

a year down the line

“…although the long-term effects are still unknown,”

…found its way onto the end of that sentence.

It’s time we got serious and wised up about where this perception shift is coming from…if you didn’t already realise, it’s time you do.

Sure as day, as the injury to the pockets of the tobacco gods became apparent, the negative viewpoints somehow gained traction.

This negative press is the handiwork of tobacco giants and the people in their pockets who’ve been happily murdering humans for as long as we can remember.

If you ask me: they deserve to be met with resistance.

“It’s just as bad as smoking,” is now common fare among uneducated smokers and the general non-vaping populace and it’s not like you or I can quickly link to 10 favorable studies when we’re talking to someone in person (sadly).

I thoroughly enjoyed this article in the Daily Mail. Especially the part about how nicotine in cigarettes is more addictive than vaped nicotine because of the added chemicals in cigarettes, which are geared to enhance nicotine’s effect!

This article in The Guardian further reinforces my point.

Oh, and while I’m at it here’s a US government study to prove that vaping is definitely less harmful…if it’s a bit long for you, skip down to the conclusion!

The diminished harm factor of vaping vs smoking is extreme and undeniable.

Those of us who made the change have our health as testaments to this fact.

Formaldehyde, Diacetyl, there’s been some serious scrutiny of the chemicals present in our e-juice and more than once…conclusions have been jumped to.

From Popcorn Lung to PG/carcinogen conversion: these press releases have fueled sensation without considering all variables.

Check out our articles on PG and VG, as well as Diacetyl…for further info on what you’re vaping. Most responsible vape juice manufaturers have already removed the nasties.

Here in the UK e-liquid in 10ml bottles that contains nicotine has to go through full testing before it can be sold. These e-liquids cannot contain the likes of diacetyl.

We, as vapers , are proud of the transparency of our industry, especially those who used to be victims of the cigarette industry.

I know what I’m vaping, I understand my gear, I vape with a passion because I can see the way my health has improved.

I swim and jog now, without my chest closing up…my doctor has noted the improvement.

I’m not doing something because I can’t help it.

I believe that if vapers make a concerted effort to cut out nicotine, we’ll get a lot less flack from health officials and the public.

Regardless of that though, the question should be asked:

“would you rather teens fed their nicotine addiction through a medium that’s at least 95% safer than smoking, or would you rather they slowly destroyed themselves with cancer causing cigarettes?”

Vaping should continue to be encouraged as a far safer alternative to smoking.

Oh..and if you’re worried about formaldehyde in your e-juice…take a look at this! https://www.nytimes.com/2015/01/27/opinion/joe-nocera-is-vaping-worse-than-smoking.html?_r=0

In spite of the unlikelihood and rarity of such occurrences…this is a popular argument. It is 100% avoidable, provided you follow best practice for battery safety and read all the instructions in your manual.

The dangers of cigarettes are unavoidable, on the other hand…regardless of how you smoke your cancer stick. How To Rectify Warped Public Perception

As vapers, it’s our responsibility to stand up for what we believe in.

Vaping has the capacity to save lives and this negative shift in public perception needs to be stopped.

Here’s my advice to you, to help you prepare for the next time you’re faced with a misconception or an argument about vaping.

In conclusion, I’d like to quote from a study released by the American Journal on Preventative Medicine, simply because it’s hard to say it better:

“The results document an increase in the misperception that e-cigarettes are equally or even more harmful than combustible cigarettes.

The study highlights the need to design public health messages that accurately interpret the scientific data on the potential harm of e-cigarette use and clearly differentiate the absolute from the relative harm of e-cigarettes.”

I urge my fellow vapers to read this study start to finish…it’s fascinating and illuminating and will tell you everything you need to know in order to stand up against warped public perception.

So over to you? Have you found yourself trying to explain to someone why vaping is a better alternative to smoking? Let us know in the comments below.