A Stackable Dry Herb Vaporizer At A Pocket Friendly Price

The TOTEM vaporizer is as the name suggests designed to be used for vaping dry herbs though it’s said you can also use e-liquid. The TOTEM was sent to me free of charge for the purpose of this review – thank you – and as always my thoughts are my own.

Incidentally and as I always say if marijuana is illegal in your country or area then please follow your local laws. For the record many users of dry herbs do use legal plants such as lavender – mint and cat nip…Google is your friend on what herbs do what 😉

More of a tube than a box and inside you’ll find: This is predominantly designed to vape dry herbs however TOTEM say it can also be used as a regular vape device. To achieve this you’ll need to soak a small amount of cotton wool with e-liquid and place it in the heat chamber – as to if this works we’ll see later. 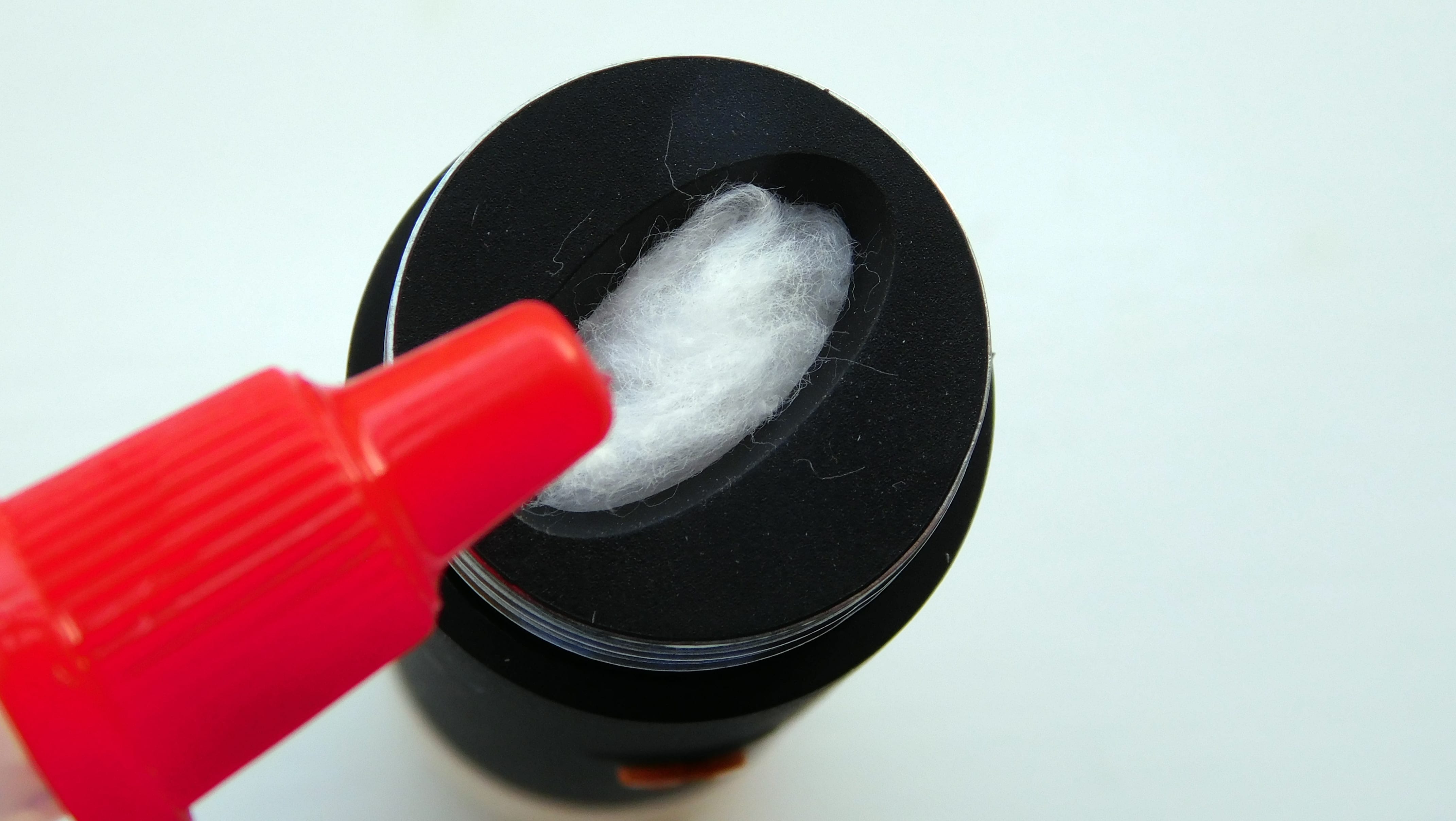 OK the TOTEM has three modes – using the device as a single set-up or connecting others with all or just one chamber filled, so doubling the size and power. This in effect means you can stack them together to share a bowl or ‘blowback’ as it’s called 😉

I’m a sad singleton stoner [I of course mean legal herb user] so no sharing of the bowls for me – plus I’m a greedy sod lol. However, as I’ll explain later the third option is the ‘smooth mode’ where the device is stacked with just one ‘oven’ filled. Due to the length the vapour has to travel this say the designers, makes for a smoother and cooler vape – I’ll touch on that soon.

I’m getting into the build and design here so suffice it to say another key feature here is the shockproof durability of the device. It’s completely covered in a tough rubberized shell that I reckon will indeed take some bloody hard knocks. With all the plugs tightened down they say it’s splash proof and to some extent waterproof too – however I decided not to drop it into a bath or flick it with water to test 😉

Incidentally the TOTEM bakes the herb through both convection and conduction – the latter meaning it’s heated via contact whilst the former simply means the herb is heated via the warm air around it. That’s a pretty simple explanation that will no doubt have the science buffs out there cringing lol.

Build wise this is a solid piece of kit made from some kind of alloy with the body covered in a tough rubberized skin that will take some heavy knocks. As you can see from the photo that rubber finish means flecks and dust are attracted to it!

There are two rubber caps at the base and top and they slide off easily enough and are tough enough to not lose their shape and become baggy over time IMHO.

The plugs are rubberized too and are a tight fit and do not budge whilst in use so no worries about losing your herb whilst you’re vaping.

The design is very reminiscent of a tubular mech mod – very basic yet chunky however that cut-out of the word TOTEM looks good. If in any future versions they find a way to get that to light up – it would look amazing.

So pretty decent build quality – simple yet striking design…how does this one vape?

How Does the TOTEM Vaporizer Perform?

I’ve had this for quite some time now and have used it regularly in all of the modes including stacked and of course as a straight up e-liquid vape device. In either of the modes I have found this to be a restricted vape to say the least.

So let’s break this down into each of them:

First thing to note is the size of the ‘bake oven’ it’s tiny in fact you’ll find if you grind the herb too coarse you won’t get much in – too small and the bowl won’t last long at all.

I found a happy medium with a grind that had the consistency slightly smaller of those jars of dried mint you find in the supermarket. Don’t pack it too tight either – despite being both convection and conduction there’s not much room in there for the air to circulate and a few times I’ve had an uneven bake/ vape. Flavour wise it’s OK in single mode – nowhere near the best I’ve had from a vaporizer but certainly passable. Should you be wanting plenty of clouds vaping on dry herb you won’t get it from this set-up though there’s enough to keep you interested.

I’m a little lukewarm on the flavour if I’m honest and at the lowest setting it was weak – muted and I found myself struggling to get a hit. Pumped up to the max at 400f and it certainly wasn’t a warm vape however the flavour came through just a tad muted.

Things pepped up a little with the device stacked and set to the highest temp. BTW and I know it’s a cliché but they missed a trick not setting the highest temp to 420f 😉

Anyway I’m not going to say doubling the device doubled the flavour though it did inch up a little and the distance travelled meant even at 400f the vapour was cooler. I was really expecting the stacked to give me an even less flavoursome vape – given the slight cooling down of the vapour – but I can say after many uses the flavour did pop a little more and it was definitely a much smoother vape.

As to dual bowl in blowback? As I said I’m a sad lonely singleton so no-one to share with *sniffs* however both users will get the same experience as in single mode.

Note: when using stacked sharing mode TOTEM A needs to be at the lowest heat setting whilst TOTEM B to the highest.

I wasn’t sure about this and whilst not blown away I was pleasantly surprised getting a half decent ‘proper’ vape out of it. It was very restrictive for my taste and to be honest I can’t see why you’d want to use this as a ‘regular’ vape device – it’s an option if you want but not for me.

After using it in e-liquid mode even after a thorough clean it took an absolute age to get the taste of e-liquid to go away…certainly made for a interesting flavour combo lol.

I really like the look of the TOTEM and it is very easy to use especially if you’re new to the dry herb vaporizer scene.

The fact its stackable is a nice touch however as a single user whilst the company says you get a bigger hit it wasn’t that noticeable to me. I shall call the dual chamber stacked set-up the party mode as that’s what I reckon most users will enjoy using it as – incidentally you will need to buy two devices to get this set-up!

I’ve been fortunate enough to review some of the very best vaporizers out there and whilst I’d pop the TOTEM into my top 5 and will use it – especially if I ever get invited to a party lol – I have had cleaner better flavour and indeed hit from others that are it’s fair to say extremely expensive.

Speaking of price I have spotted this selling for around £59.99 / $46.97 which compared to some of the higher end vaporizers out there isn’t a bad price at all.

If you’re a first time user OR more experienced looking for a fun and simple vaporizer you can connect with friends – whilst not highly recommending it – I do reckon it’s worth buying at the quoted price. 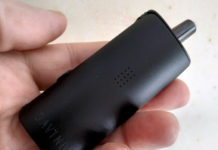 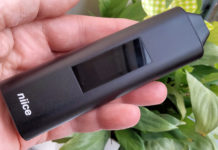