Hands up if you’ve started reading the Vampire Vape Fizzy Drink E-liquid review without knowing anything about the manufacturer?

Let’s face it. Their multi award winning e-juice Heisenberg is as well known as fictional character Walter White himself. It was so popular that between 2019-20 it scooped two consecutive awards here at Ecigclick for best Menthol/Mint.

Yet it remains something of an enigma. It’s one of those e-liquids that falls awkwardly into the ‘love it or hate it’ bracket.

The reason Vampire Vape have won so many awards in recent years (and deservedly so) is because they refuse to pigeon-hole themselves.

Alongside menthol profiles there’s a range of desserts, fruits, sweet, tobacco and beverage flavours to choose from.

They always manage to pack a flavour punch. More recently Vampire Vape flavours have started appearing in prefilled pods such as the Dot Pro.

What Can We Expect From the Vampire Vape Fizzy Range?

Expect to pick the fizzy range up in 10ml TPD compliant bottles in freebase nicotine strengths of 0mg, 3mg, 6mg, 12mg and 18mg.

If all these terms make your head hurt we tell you what they mean in our guides below!

The bottles themselves are instantly recognisable by their purple tamper proof lids and familiar Vampire Vape logo on the label.

Certifications and warnings are all present and correct. Peeling away the outer label exposes further information on use, storage and potential side effects.

Although very small for aging, tired eyes such as mine, Vampire Vape have applied a nice touch with the circular nicotine strength symbol. Each one has an individual colour to reflect the flavour profile.

.. I keep saying it but it’s the little things with me! lol

Given what I know, expect the four to be highly suited to low powered starter kits and ideal for the new and MTL vaper. No doubt sub ohm DTL vapers will be catered for in the usual manner at a later date.

We tell you what the terms MTL (Mouth To Lung) and DTL (Direct To Lung) mean in our Guide To Vape Styles.

What Set Up Did I Use?

I used the Kizoku Oaker MTL single coil RTA to test the range. This allowed me to use fresh wicking with each flavour, helping to prevent flavour overhang or masking.

A 0.5ohm Wotofo fused Clapton coil was installed with Cotton Bacon V2 as the wicking material. The Kizoku Oaker was run on a medium power setting. ‘We have captured the classic cola taste! Cola is a beautiful blend of vanilla, cinnamon and hints of citrus. This classical favourite melts in your mouth and is complimented by an unforgettable fizz’

There’s no doubting which thirst quenching drink is on offer here. The sherbet is wrapped up in a cool exhale and gently soothes the rear of the throat.

Cola has a syrup like texture and the citrus notes provide sparkle, in keeping with the popular beverage. Cinnamon back notes are very subtle but add authenticity to the experience.

A tangy, zesty quality is pulled in on the inhale then gives way to a layer of sweetness. Everything combines to offer a very refreshing and tasty vape.

What about the fizzy qualities?

To be honest, in general there was more fizzle than fizz. Definitely an area in which the description faltered. Instead of sparkling and stimulating the taste buds, it’s essentially the equivalent of gulping down a can of flat coke. ‘Inspired by the freshest flavours of the Caribbean, Pineapple and Grapefruit Fizz e-liquid provides a sweet, refreshing pineapple inhale and a sharp, tangy grapefruit exhale. Topped with a fizzy sensation this is a totally tropical experience’

This is a realistic and very fresh tasting vape. I don’t personally pick out much on the inhale other than a soothing coolness which precedes the flavour explosion.

The grapefruit is both succulent and juicy. It’s the dominant fruit in my opinion although its bitterness is somewhat toned down and hides behind the sweetness of the pineapple.

It’s a shame the pineapple is represented this way and carries little flavour but since the grapefruit is so good I can overlook that.

There’s a strong tart like quality to the exhale while the inhale is devoid of the usual abrasive quality commonly associated with pineapple vapes. Expect a pleasantly smooth inhale.

What’s also of note are the sherbet like qualities. It has a predictable enough candy edge and this time the fizz is recognisable. It works an absolute treat with the Pineapple and Grapefruit.

The juicy fruit, cooling agent and fizz all combine to make this the most refreshing and enjoyable vape in the range.

A perfect accompaniment for the long, hot Summer months. ‘A standout natural orange flavour with a fresh citrus fizz. Orange Soda provides an instant burst of tangy goodness and dominant ripe oranges on every inhale, complimented by a classic soda fizz’

Orange Soda does its best to replicate a natural orange and there are plenty of citrus and tangy notes holding everything together.

Its tart and bitterness is more pronounced on the inhale while a subtle cooling effect is used to give the impression of soda.

The orange does hold dominance throughout and lingers pleasantly on the taste buds to provide a refreshing enough vape.

However this is more of a powdered version of the fruit, one that’s often found in vending machines. As a result it lacks the succulent, ripe appeal of a freshly squeezed orange.

In fact I’m very familiar with the taste – I’ve been here on more than a few occasions. As a consequence it scores lower for authenticity.

As a single flavour profile it’s effective enough and makes for a decent Summer vape even if originality is lacking. ‘Highland Brew is a bold, fizzy flavour that captures the indescribable flavours of Scotland’s second favourite beverage. Is it orange? Banana? Bubble gum? Taste it.. you tell us!’

This one builds up an icy cold layer on the back of the throat during the inhale before unleashing an unforgettable and highly familiar taste.

It may not provide the additional comfort that whisky brings but there’s no doubting Vampire Vape have distilled.. sorry instilled the right flavour intensity to this drinks profile.

The citrus from the orange lines the lips while bubble gum notes are dominant during the exhale.

Interestingly, Highland Brew does a very good job at replicating fizzy elements. To get the most from these extend the inhale for as long as possible.

This profile is heavily reliant on its cooling effect and is delivered very well, creating a very refreshing and moreish Summer vape.

It’s sour, bitter and sweet all at the same time but nothing overshadows the intensity of the flavour notes. Highland Brew is strong on flavour and packs a vape punch and a half.

Suffice to say, if you like Irn Bru you’re in for a real treat with this one.

It could be argued that Vampire Vape have played it safe with four well established and highly popular flavour profiles. I would be lying if I said there was anything new on offer here.

My own vaping journey started with Vampire Vape and I like to think they played a big part in keeping me off the cigs. Simple, single flavour profiles are what they’re good at but what about the fizzy content with this four?

To be honest it’s a bit hit and miss, relying more on the addition of cooling to emulate the effect. I don’t think it worked well with Cola but had more success with the tanginess and sherbet qualities of Pineapple and Grapefruit Fizz, hence the scoring.

As for the flavours in general. They were all clean, bright and lucid. I never have to second guess with Vampire Vape, they nail vape flavours pretty much every time.

I would recommend the Vampire Vape Fizzy range to a new or casual vaper using starter kits, vape pens or lower powered pod kits. That’s what this four are currently designed for.

Have you tried the Vampire Vape Fizzy Drink range? If so let us know in the comments below what you think! 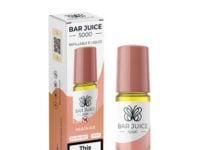