If you’re looking for a new rebuildable MTL tank that offers a multitude of airflow options then checkout the Aspire Neeko RTA review.

This one’s another from the Aspire Prestige range, however it comes from the company itself rather than bringing in an ‘high end‘ team of designers as they did with the 9th Tank – the Paradox mod and the badass looking Aspire x NoName Zero.G kit.

However, I see where Aspire is going with the name – those airflow inserts do indeed change the way this one vapes…much like a chameleon can swap out its colour.

What Can We Expect From the Aspire Neeko RTA?

The Aspire Neeko RTA features dual airflow inserts – something I’ll be mentioning a lot given there’s a dozen with the tank – meaning you can have a combination of top and bottom airflow with mix and match bore hole sizes.

As to if that’s overkill we shall see.

It’s a single coil tank and is designed for MTL vapers however as you’ll see you can get a decent restrictive lung hit.

So after all that, let’s take a look at the Neeko and see how it vapes.

For the record this was sent to me by the lovely folk over at UK Aspire Vendor – thank you – and as always my thoughts and opinions are not swayed by freebies.

Note: the Aspire Neeko RTA is so new it’s not showing anywhere on the web at the time of writing – not even the Aspire website. Looking at the airflow inserts you’d think the Aspire Neeko is predominantly designed for MTL [mouth to lung vaping] and you’d be right.

However, and as you’ll see, at least 2, maybe even 3 of the airflow inserts give a loose restricted direct lung vape.

The elephant in the room is of course those airflow insert discs on the top and bottom.

There’s x10 inside the box – 12 if you count the couple that come preinstalled.

Yup you read that right – you can swap around to your hearts content adding different sized airflow inserts to both the top and bottom of the tank.

The air comes in from airflow ports on the base of the RTA and are none adjustable – so it’s all down to the inserts as to how much air you want.

The deck is postless and takes a single coil with generous juice wells, and the Aspire Neeko RTA is a top fill design – under the half turn/bayonet style top cap. Where you’ll also find the top airflow insert…

It’s certainly a good looking RTA – better as a looker for me with the shorter drip tip.

It’s compact and dare I say has an unfussy elegant look to it with a welcome absence of gaudy logos – I quite like the look of ultem/metal spare tank too. I’ve matched mine with the Aspire MIXX side by side mod [reviewers own and bought lol] and reckon it looks very smart indeed.

The deck has a refreshingly simple design to it with flathead screws ready to take your coil legs and then clamp down. Crossheads may have been better, but the ones included are pretty tough.

Build wise and this one’s a doddle.

I had one tiny issue on my first build with the tiniest bit of juice weeping around the bottom of the glass – soon rectified. Indeed it was my error that led to it. I hadn’t snipped my coil legs completely flush to the deck. Whilst they were not protruding enough to cause a short, the chamber was a little tricky to get back on…hence the O ring bunching up…trim those coil legs well!

Machining is good too, with maybe a speckle of internal ‘chatter‘ but certainly nothing to worry about. The usual Aspire quality if I’m honest and it was extremely clean on arrival.

The Aspire Neeko RTA is available in just three colours, stainless steel – gunmetal and the black I received.

How Does the Aspire Neeko RTA Perform?

As I’ve already mentioned, building the Aspire Neeko RTA is about as easy as it gets.

Wicking is another of those times when ‘less is more‘.

I found a little bit of trimming and letting the tails drop just into the well allowed them to expand once juice was added.

I nailed it first time so you guys and girls will have no problems whatsoever.

You’re certainly getting your money’s worth with a total of 12 airflow inserts – as I’ve said two preinstalled.

The inserts are held in by a tiny O ring and pop in and out easily enough.

You can’t swap them out whilst there’s a build in…well you can if you move the cotton curtain aside – lift the coil and use a screwdriver to prize them out. The top one can of course be swapped during use.

Not exactly science – but you’ll get a general idea as to the tightness or looseness of the draw.

However, I’m not going to bore you with the different bore sizes [see what I did there] – instead I shall say:

The rest loosen up very sightly – really not much difference until you get to the 1.5mm which is a 7 on the out of 10 loose draw scale.

I like an airy MTL draw with just a hint of resistance – I really don’t like working too hard for my vape lol – so the 2 and the 2.5mm are my preferred inserts.

I have vaped this with matching sized airflow inserts in the top and bottom and leaving the top out completely.

To be honest, I found a modicum of difference with or without the top disc…the world’s your oyster so tinker away to your hearts content…

One thing I did note and that’s if you have a mismatch of large or small in the bottom and reflect that with your top insert, the tank gets a little noisy and at times there was a very slight whistle…

The Aspire Neeko RTA is certainly another – I’m really enjoying this one. For the review I’ve used a couple of e-liquids: Back Note Concerto a 50/50 VG/PG robust tobacco blend I know extremely well. Dinner Lady Lemon Tart 70/30 to see if it can handle thicker vape juice and the SuperGood Cocktail Peach Bellini nic salts.

The Aspire Neeko RTA handled the wicking of all the varieties very well indeed with absolutely no issues with thick or thin juice.

As for the flavour..?

Very good indeed with all the back notes I know well coming to the fore.

I have to say, the Black Note Concerto in particular popped into life on my taste buds and really did give my tonsils one heck of a throat hit – bloody lovely!

Vapour is impressive too…

Yet another Aspire vape release and yeah, yet another I like.

I’m close to saying I really really like the Aspire Neeko RTA.

Don’t get me wrong, it’s still a very flavourful RTA and of course it could be my build that isn’t pushing the flavour score over 9…

The choice of airflow inserts and the combos you can choose is ideal for the vaper that really likes to tailor their perfect vape.

For me it’s all just a bit much – but then I ain’t the vaping adventurer I used to be…if I ever was.

Fake Elvis Sideburns As A Bonus…

It looks good – dead easy to build and wick and as I keep saying, the airflow options are legion.

If you’re on the hunt for a new RTA that offers an extremely tight proper MTL draw to a looser restricted lung hit, this one is ideal…good for first time builders too.

Incidentally, and as I said at the start, the Aspire Neeko RTA is so new it isn’t showing up on Aspire’s website yet let alone in any of the online or bricks and mortar vape shops.

As soon as it appears, I’ll pop a link into the review.

BTW: those rubber strips are a bit of a mystery to me still.

Let me know in the comments below what they are, and of course if this is an RTA you fancy getting your hands on… 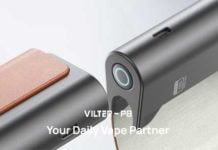 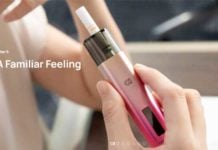