The Lost Vape Triade DNA 250c is the latest rendition of one of the most popular triple 18650 battery devices ever to be released.

As the name suggests this is powered by x3 18650 batteries and is claimed to hit 300w of raw vaping power. It includes the new Replay mode – a simplified temp control option allowing you to lock in that perfect puff AND a watt boost.

China based Lost Vape are known for producing some of the most iconic semi-high end devices on the market including the Drone BF – the Furyan Mechanical Squonker – the Paranormal DNA250C to name just 3.

So given this is the cutting edge DNA chip is the Triade DNA 250c the perfect match?

This was sent to me for the purpose of this review – thank you – and as always my thoughts and opinions are my own.

My apologies for the delay in getting this review out – however at least I’ve REALLY put it through its paces!

Not so much a box – more a presentation case and very smart it is too a kind of leathery triangular purse kind of thing and inside you’ll find: 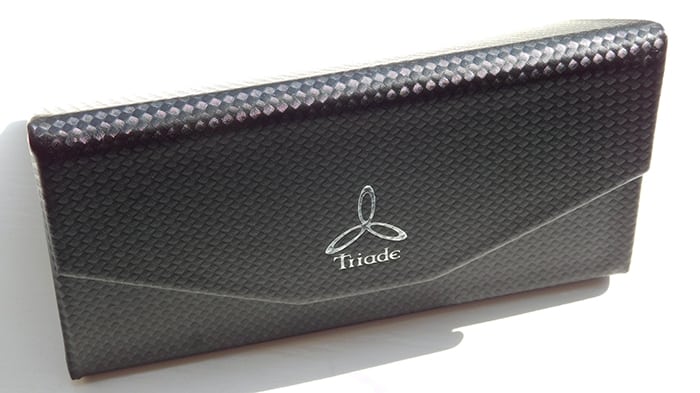 This is to all intents a follow up to the original and extremely popular Lost Vape Triade – and given I haven’t used that I can’t make too many hands on comparisons.

Suffice it to say those in the know say the new version has stayed true to form with just a few outward changes and of course an upgraded DNA 250c chip. 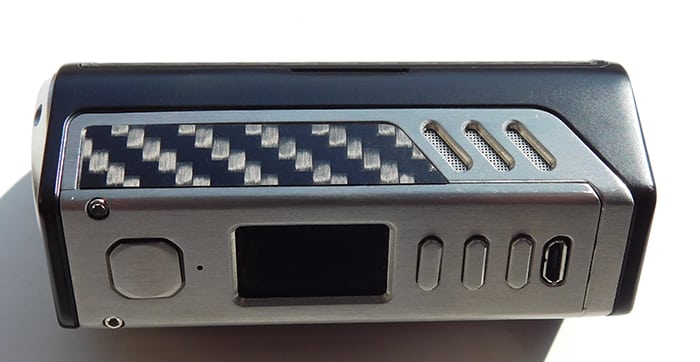 The chip means this is technically capable of firing up to 400watts however that would need x4 18650 batteries and as the name suggests this one is powered by x3 and again technically could/should hit the 300w – I have read it can hit that – however I have no way of testing it.

There is a watt boost mode which basically sends a bit more power to the coils on the initial fire – otherwise known as ramp mode. The board features the new Replay mode which not only simplifies temperature control but also enables you to find that perfect puff and lock it in.

Given this is a DNA mod you can also hook your device up to the Evolv software to tinker with your settings literally to the unth degree – you can see a guide for that in the previous link.

In a nutshell anyone with a knowledge of the Evolv software and DNA boards will find this intuitive and its simple enough straight out of the box for intermediate and less experienced vapers. Evolv have a full course to teach you the ins and out here. 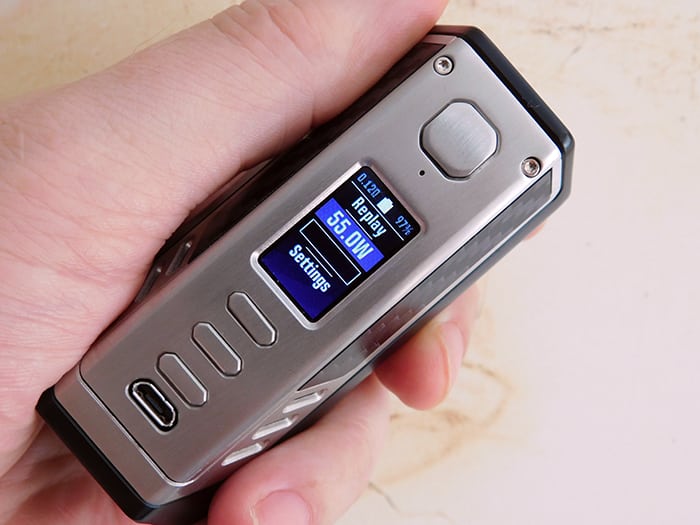 For me it’s an ideal semi-high end vape mod that will grow and match with your vaping experience.

BTW you can also use this on the go as a power bank using the included attachment – nice touch.

I received mine quite a while ago now [apologies again] and it was one of the first batch.

The main issue I had was with the battery tray and in particular the ribbon – as you can see from the photos I had to remove mine as the battery case wasn’t fitting snugly and the batteries were super tight to get in. 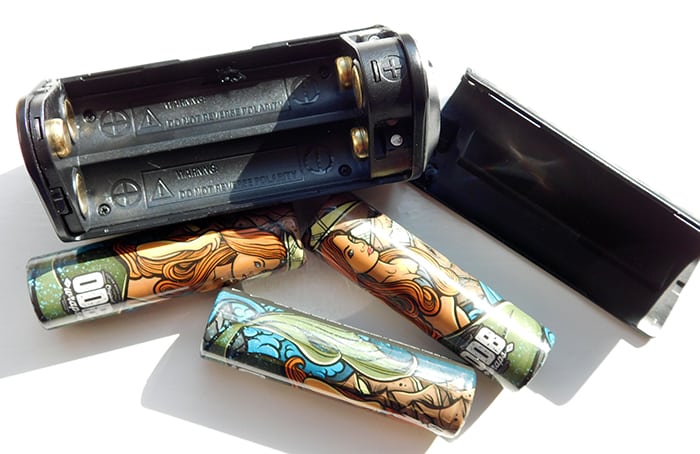 This HAS been modified in the retail releases. Design wise I have to say I’m a massive fan not only for its looks but the weight and the way it fits in your hand.

I received the steel and carbon fibre version and despite the slightly garish DNA 250c logo on the top it looks bloody gorgeous and the rubberized back panel is a joy to the touch – very grippy. 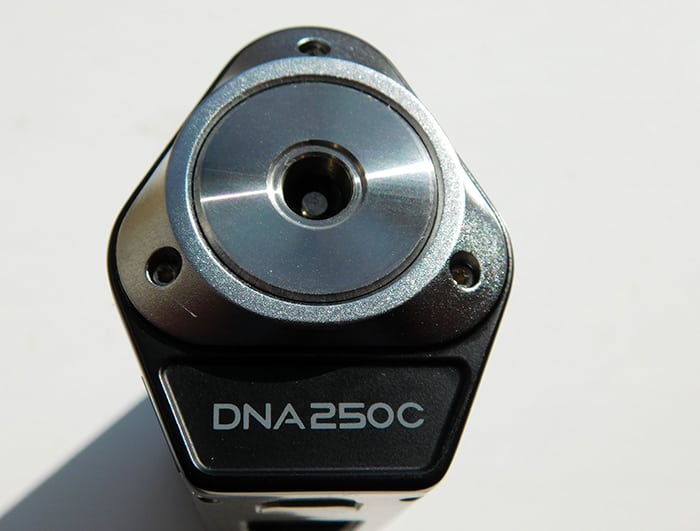 I can’t get away from how light this is even with three 18650 batteries – down to the a die cast zinc alloy body – and despite looking like it might be best suited as a desk mod I’ve taken this pretty much everywhere all summer with no issues – even with weak wrists lol.

The raised 510 top might look a little clunky in some photos but in the real world you barely notice it and the 510 threading is the proverbial buttery with plenty of room for larger atties and tanks.

Build wise this is sublime with the usual high end materials we’ve come to expect – and indeed love – from Lost Vape.

So – a very cool design – light enough to carry around and superb build quality – so how does it vape?

How Does the Lost Vape Triade DNA 250c Perform?

As I’ve already hinted at this is the perfect mod for both newbies and the more advanced vaper.

Out of the box you can set your wattage or temp on the fly and just get vaping.

The more experienced can hook it up to Evolv and tinker to their hearts content and whilst hardcore temp control vapers might sniff at the Replay mode – us mere mortals can lock in those perfect settings.

Fire up time as you might expect from this chip is ultra-fast and that boost function is handy for those big old fancy coils.

The menu system is a breeze with the three button combo intuitive and simple to navigate – though maybe the smallish colour screen could have been made a little larger.

One thing that will impress is the battery life.

I’ve found vaping at a steady 57w has given me a day and a half of vape time which is pretty impressive. These are VERY MINOR niggles!

Regular readers know I’m not a gush fest kind of bloke so a bit like the chip on board the Triade 250c I’m having to throttle back a bit on the gushing!

From its looks to the moment you get it in your hand this is a bad ass beast that screams class and almost purrs before you even fire it up – think high performance sports car dying to go into overdrive.

As I’ve said it’s the perfect mod for relative new sub ohm vapers and definitely for the more advanced with a refreshing simple menu system and of course all the options under the sun with the Evolv software.

Lost Vape designers have been very clever in keeping this bad boy at such a lightweight and footprint being the exact same height as the Therion BF DNA 75c for instance.

I did originally think they’d messed up the battery compartment – I had to remove the ribbon on mine – but Lost Vape got reviewer feedback and tweaked that so no issues at all!

So with an infinite amount of options – its stunning looks and superb performance I have NO hesitation in highly recommending the Lost Vape Triade DNA 250C one and can safely say this is one of THE BEST vape mods I’ve had the pleasure of reviewing and using.