HUGE Fall In Smoking Rates Across UK and Europe

According to the latest EU own statistics, smoking rates tumble across the UK and Europe thanks to vaping.

The numbers don’t lie and show a whopping 121% increase in the number of smokers making the switch to safer nicotine products such as e-cigarettes and SNUS.

The Eurobarometer is a series of public opinion surveys run by the EU and shows without doubt, vaping, and other safer nicotine products such as SNUS, are proving the very best way to quit smoking.

Speaking of SNUS, thanks to those little nicotine pouches, Sweden has almost created a smoke free society – amazing news.

The Tobacco Harm Reduction experts have singled out the UK for praise too.

A large part of this success must be attributed to the UK having public health agencies which support and promote tobacco harm reduction (THR).

The value of pointing smokers to safer nicotine product to help with cessation attempts cannot be underestimated.

Other figures coming out of the EU backed survey makes for positive reading too:

Given the World Health Organization is calling for a global ban on open system vape systems, tanks drippers etc, the Eurobarometer findings fly in the face of that stupid idea. It found open systems such re-fillable pod kits, were the most popular way to vape ‘n quit with 72% of vapers using them to both quit and stay off lit tobacco products.

To summarise, vaping is providing a great public health benefit by reducing smoking prevalence, but disinformation is profoundly limiting the potential health benefits.

Risk reduction is the main factor for those deciding to use vapour products, and non-tobacco flavours are of particular importance.

Therefore, proposals to ban flavours are short-sighted, damaging and could very well prolong smoking. The gateway effect has still not materialised.

The UK has shown that the promotion of tobacco harm reduction is the way forward.

The EU should take note before they get left behind and actually cause smoking to increase due to their hostile approach to tobacco harm reduction.

The timing of this survey couldn’t be better too.

The EU is now begun the second public consultation – the Tobacco Taxation Directive.

Slapping a huge tax increase on all things vape Euro wide could have a severe impact of the number of smokers making successful quit smoking attempts.

To have you say checkout the consultation document below:

Feedback closes in June this year.

It’s a bit rich saying vaping ‘hinders‘ successful stop smoking attempts, but let’s look at what this research has to say. 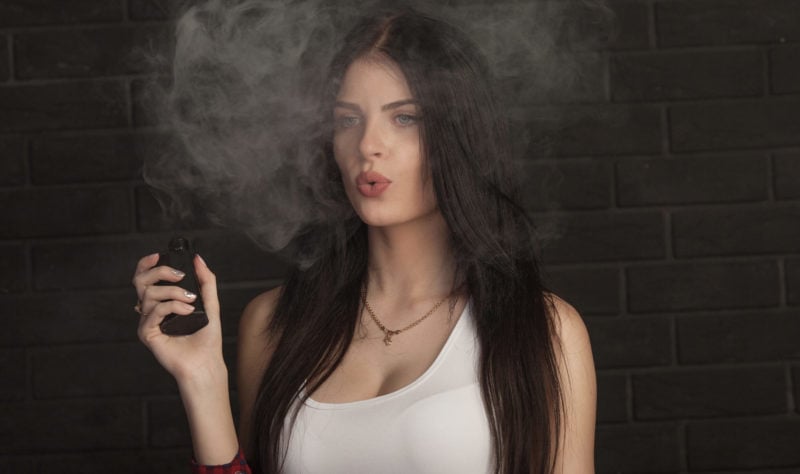 Conducted by the MUSC Hollings Cancer Center, it looked at data gleaned from 30,000 adults from across America.

The main thrust was to ask how many ex smokers that were now vaping wanted to quit e-cigarettes.

One of the best things you can do for your health is to stop smoking. While e-cigarettes may work for some people, they’re hindering quit attempts for other people.

What’s interesting about the people who keep using e-cigarettes after they’ve quit smoking is that we don’t really see that effect with other types of nicotine replacement drugs.

It’s rare to see someone still using a nicotine patch or nicotine gum months or years after they’ve quit smoking, so there’s something special about e-cigarettes, even though they’re delivering the same drug.

What this research fails to show or indeed even nod to is the ‘pleasure factor‘.

For the majority of vapers, vaping is actually extremely pleasurable and given the vast majority wean themselves off strong nicotine levels, and given nicotine has pretty much the same affect on the body as caffeine found in coffee, pleasure is the key.

In an ideal world we’d all eat 100% organic veggies and drink only mineral water, but hey us adults do like pleasurable things, and that includes vaping.

You could run the exact same research using coffee or better still, flavoured alcohol and get the same results.

So nice try – but no cigar…

You can read the full study here: Interest in Quitting e-Cigarettes Among Adult e-Cigarette Users With and Without Cigarette Smoking History

China’s Government To Reel In the Vape Industry?

China could lump e-cigarettes in with tobacco products in a new move by the Chinese Government.

Seems they really don’t like the competition…sound familiar? If it does I think you’ll agree this is right out of a Bloomberg anti-vape playbook…

It’s not clear if the Chinese government or indeed its tobacco industry is planning any products…watch this space.

However, what is clear is the move to bring vaping in line with lit tobacco regulations has already severely impacted on the worth of one of China’s most successful vape companies RELX.

The announcement from the Chinese Government saw its stock value plummet by almost a quarter.

We shall of course be keeping a close eye on this developing story.