ZYN nicotine pouches are tobacco free alternatives to Snus and therefore legal to be sold here in the UK, Europe and they are now available in the USA.

I haven’t failed to notice, particularly on social media, that more than a few folks were upset and even angry that ZYN and LYFT [another nicotine pouch brand] were ‘allowed’ at Expo.

All I can say to that is – stop being bloody snowflakes and virtue signalling at every opportunity you get – my personal opinion BTW.

If you’re a vaper and ex-smoker, and ‘angry’ at any approved quit smoking cessation tool that works – be it a brand you dislike, heat not burn or nicotine pouches – then stop calling yourselves ‘advocates’ – because you most certainly are not.

I hate the word ‘journey’ in this context – but harm reduction has for me been just that this past few years.

For instance, when they arrived, I viewed HNB products with a fair amount of suspicion, suggesting until we had more evidence on their safety – to steer clear.

Now Public Health England places them as slightly – and I mean slightly riskier than e-cigarettes, faced with that, and of course being open minded, I have now changed my stance and for quite some time.

I would still ‘promote’ a vape device over a HNB set-up – but if PHE says HNB devices are OK then I’m in.

My point is – the so called vape advocates out there shouting from the rooftops that for instance IQOS has no place at Expo or in vape shops, will still spout PHE says vaping is 95% safer than smoking!

For instance, if IQOS is let’s say 93% safer than smoking – then what’s the outcry?

You can’t have it both ways!

In other words quoting PHE on one and ignoring the other is just silly bordering on ignorance.

Your emotional outbursts are not an argument – facts backed by science are.

Indeed the vast and I mean vast majority of vapers are happy puffing on a pod or filling their starter kit with a 50/50 e-liquid bought from the local corner shop, and couldn’t give a flying f**k about what should or shouldn’t be at Vaper Expo.

Or come to that what brand they should or shouldn’t be buying this week because a few bearded cloud chucking acolytes of some bloke sat on a sofa in front of poxy webcam got butt hurt.

I had a very long chat with the guys on the ZYN booth at the recent UK Vaper Expo and very interesting it was too.

They were extremely knowledgeable – answered all my questions and I came away very impressed.

Snowflakes and the Vape Scene…

I’m 58-years-old – tired – grumpy – my back hurts and I despair at the snowflake generation fainting onto a chaise lounge every time something offends their delicate sensibilities.

And not just in the vape world…though it seems suspiciously like this ‘scene’ has more than its fair share.

If it helps folks quit smoking and is classed as safe by the vast majority of the medical profession, then so f***ing what if it’s sold in a vape shop or appears on the hallowed ground of UK Vaper Expo??!!

OK, before I get stuck in – vaping is obviously the backbone of EcigClick, and of course always will be.

However we are a big part of the tobacco harm reduction scene, so if and when a viable stop smoking method comes along – we feel duty bound to take a long hard look at it and either review it or give feedback to our readers.

They might be a bit grown up for some out there to comprehend – but listen we were all smokers once and a lot of people can’t get on with vaping!

And of course, as vapers, there are very many times we’re in situations where we’re not able to vape.

Hands up how many of you still stick a patch on an airplane or chew on those disgusting gums during a meeting – or sit in the cinema using a flavoured nicotine spray to get you through the 2 hour film!

Snus – ZYN and similar products are just another stop smoking tool or something to take away the cravings when you can’t vape or smoke.

The NHS Approved VOKE Is Coming

Speaking of sprays – I did mention the VOKE device earlier this month.

This is a kind of a nicotine infused inhaler/spray set up that looks like a packet of fags.

I’ve already noticed the rumblings from a number of vaping social media groups about the Voke – so expect this one to be the next target of the social media vape brand assassination squads lol.

However, the Voke has passed through the most stringent testing the UK has to offer and looks more than likely to be available on NHS prescriptions soon.

Good luck trying to bad mouth or shut that one down lol.

Right enough of my rant – first up a bit of info about Snus – the tobacco/nicotine pouch ZYN is based on.

Snus whilst not illegal to use or possess in Europe, is banned from sale, and has been since 1992 following the World Health Organization’s pronouncement that all oral tobacco products were carcinogenic.

That announcement has since been challenged vehemently and frequently following very many peer reviewed in depth research which suggests this is most definitely NOT the case.

OK, first up a little background on Snus.

Snus is moist tobacco inside a small pouch and the user places it under their top lip.

Once moist the pouch, similar to a tiny tea-bag, leeches out the flavour into the mouth, and nicotine directly into the bloodstream through the gums.

The tobacco free ZYN pouches work exactly the same, however, they do not contain any tobacco and are therefore perfectly legal here in the UK – Europe and the USA.

Snus is legal for sale in Sweden home of the ZYN manufacturer Swedish Match.

In fact a per-requisite of Sweden joining the EU, was that Snus remained legal in the country.

Quite simply because the Swedish government could see how Snus and Snus alone had dramatically slashed the smoking rates.

Sweden has the lowest smoking rates in the EU at just 5% of the population.

Add to that – 19% of adult males use Snus regularly AND the country has the lowest lung cancer rates in Europe, and as you can see from the graph – Snus has had a massive positive effect.

OK on with the review – phew I hear you say!

What Can We Expect From the ZYN Nicotine Pouches?

The ZYN nicotine pouches are classed as ‘white products’ as they they do not contain any tobacco.

The nicotine is extracted from tobacco and they come in x2 strengths given the number 2 for mild at 3mg nicotine and 4 for strong at 6mg nicotine.

At the moment there’s just two flavours to choose from: ZYN Citrus and ZYN Cool Mint and both can be bought in single recyclable plastic ‘cans’ or in multi-packs.

As you can see they are quick, clean and very easy to use.

OK I picked up both flavours and both nicotine strengths from the ZYN team at the UK Vaper Expo – thank you – they were free of charge for the purpose of this review.

As always freebies do not sway my opinions whatsoever, and neither does public opinion lol.

For the review I stopped vaping at noon over a 2 day period – popped in a ZYN and timed how long it took before I felt the need to vape.

Obviously this is going to be dependent on many factors so this is very much a personal experience and will probably vary with the experiences of others. 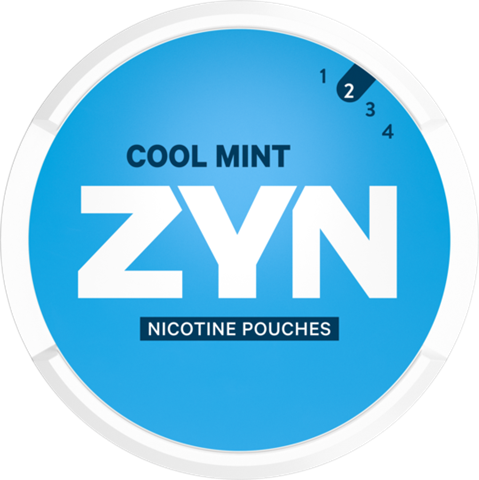 Within moments the tingle began and I have to say it wasn’t at all unpleasant.

It lasted about a minute and half way through it did increase but not enough for me to be concerned in any way.

About two minutes in and once my saliva began to coat the pouch, the cool mint flavour came through.

It actually felt as if it was drizzling through the gaps in my teeth – not in a flood I might add – just making my saliva tasty!

Good for kissing if I had anyone to kiss – *sniffs* lol

Given I enjoy 18mg MTL vaping – I do like my nicotine.

Hand on heart and after an hour I was fine with no cravings whatsoever.

The flavour had dipped by then and I removed the pouch.

Once out it was another good half an hour before I felt the first need for nic to pop into my brain.

At that point I could of course reached for another pouch – so for me the 3mg or Label 2 – did the job very well indeed. 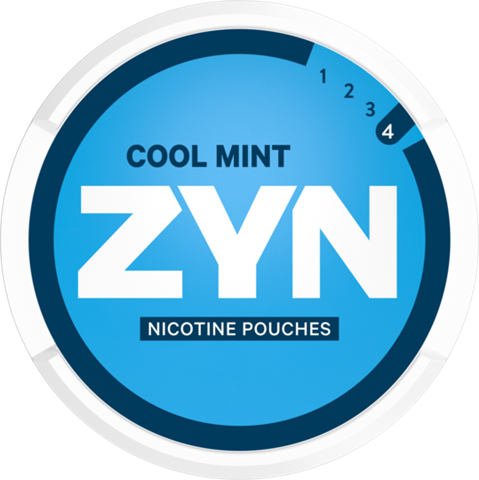 The same description as above – cooling menthol with a hint of peppermint.

The tingle off this extra strong version did have me worrying – just for a couple of seconds.

The tingle did feel more like a low burn and made me push it around my gum a little initially.

It passed in I’d say 20 to 30 seconds and lessened the longer it was in.

As you might expect the flavour again dropped around the hour mark.

This time and once out, it was a good hour before I felt the first need for nicotine and that was slight!

It works an absolute treat! ZYN Mini Dry Citrus has a delicious fresh flavor of sunny citrus fruit with notes of oranges and lemongrass.

I got the exact same results with the Citrus variety as I did the Cool Mint .

So I really only need to mention the flavour!

It’s very nice indeed – refreshing and dare I say if this was an e-liquid it would be bloody delicious!

I have used the original Snus in the past, and from what I can remember it did the job but the one I had wasn’t very tasty to say the least.

The ZYN nicotine pouches are clean fresh tasting and if you can get past the tingle, they should work as well for you as they did for me.

Handy for long lengths of time where you can’t vape or smoke and very very discreet.

You can pick up a can for around £7 in the UK – not a bad price at all for a product that may help smokers quit and vapers to cut back on cravings when vaping is a prohibited.

The link below should take you to your country of origin.

What are your thoughts and opinions on ZYN and nicotine pouches in general?

Let me know in the comments below 😉