Is The RX Gen3 The Best of the Reuleaux Series of Vape Mods?

The Wismec Reuleaux GEN3 kit is the latest in the Jaybo designed mods and comes with the Gnome sub ohm tank as part of the kit.

It’s fair to say this particular series of vape devices has proved extremely popular – even I have two of them – the RX Mini and the RS200s. The RX300 was extremely well received with our reviewer Kevin Jeffrey marking it extremely highly – there’s also a DNA version which is a little out of most folks price range.

Others in the Reuleaux family include the RX75 and the RX2/3 both of which have again been highly popular.

OK so this new incarnation is slightly smaller in height and width and features a new ‘interface’ and an improved 510 and the Gnome sub ohm tank comes out of the box at just a 2ml capacity but with a sneaky trick to double that as we’ll see later. Note: In the kit I received the spare glass was broken and the spare coil pill packet was opened – so I’d better be careful with the glass!

OK if you’ve owned any of the previous Reuleaux mods then the operating system will be second nature – but here’s a quick re-cap:

There are other options none of which are not too taxing on the brain and these can be found in the pretty good user manual. 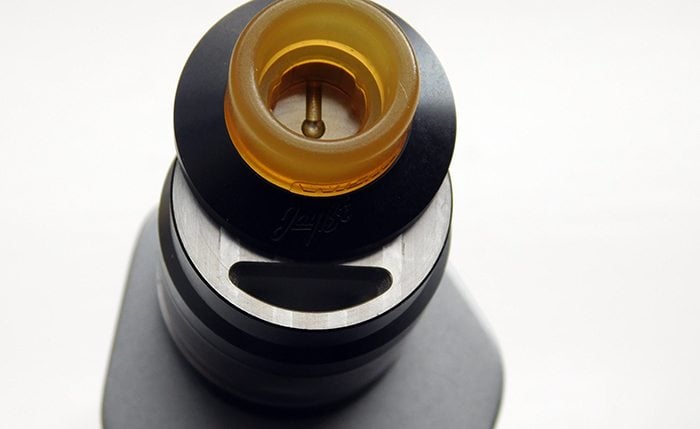 The Gen3 is another entry into the hugely popular Wismec Reuleaux series and once again designed by Jaybo.

The key feature here is the size of the mod – it’s considerable smaller – a little bit lighter and it is certainly ergonomic fitting nicely in the hand.

Gone is the side panel battery compartment replaced with a solid hinged door on the base that clicks into place with a pleasing clunk. If you’ve owned any of the other Reuleaux’s then this device shouldn’t phase you as far as operating it is concerned as despite the brand new interface it’s still an intuitive menu system.

The large 1.3 inch oled screen is clear and crisp [apologises for my photo!] and in the menu mode you can pick and choose some of the info you see on there.

The firmware is upgradeable and the logo can be turned on or off and you can of course once again add your own. The device features a 2amp quick charge system and to test this out I popped in x3 batteries one of which wasn’t ‘married’.

The balance charge system picked this up immediately flashing the message ‘Imbalance Batteries’.

Whilst we always advise using a separate battery charger sometimes you might find you need to charge whilst out and about. I tested the charging via the usb on the Gen3 and whilst obviously slower than a charger it did the job well enough.

As to the Gnome tank the top fill is delightfully simple just push where you see the Jaybo logo – however given this is a sub ohm tank the fact they’ve only made a 2ml version means you’ll be forever filling it – or will you? more on the tank later.

Jaybo has stayed true to the overall design of the kit and it sits size wise bang in between my own RX Mini and RX 200s.

As you can see I received the black and grey version and it does indeed look pleasing to the eye – apart that is the rather larger Wismec logo on both sides near the excellent battery ventilation.

For me that logo detracts somewhat from the overall look of the mod in my humble opinion and dare I say cheapens it somewhat?

I do like the large OLED screen and have found it extremely easy to read even with my failing eyesight.

Build wise the mod is sturdy and feels as though it would take a few knocks and the battery door is snug fitting with no rattle.

The Gnome tank is a pretty looking thing and the top fill is a nice touch.

It features a large bottom airflow that can be adjusted and has a stopper and even inside your pocket or bag it seems to stay in place.

The threads are smooth and the whole thing comes apart easily enough for cleaning.

The tank sits slightly high on the mod – a tiny 1mm gap which is annoying – and kind of matches -however for me the Gnome is a little on the small side for a triple 18650 vape device both in size and ‘out of the box‘ capacity.

How Does the Reuleaux RX GEN3 Kit Perform?

First up the device and I have to say and despite the new interface I really couldn’t tell much difference between the other two Reuleaux’s I own.

And that’s a good thing BTW! It is refreshingly simple to scroll through the menu options and modes and the options you have are just about enough to not phase newcomers and keep both established and temperature control vapers happy.

A quick word on temperature control and using my simple test of a stainless steel micro coil on the Cheetah II 22mm RDA and firing with a dry wick left the merest brown banding.

On that extremely basic schoolboy physics style test I assume the chip is working well.

OK now onto the Gnome tank.

As I’ve already mentioned this only comes as a 2ml version no matter where you are in the world and with no extension. 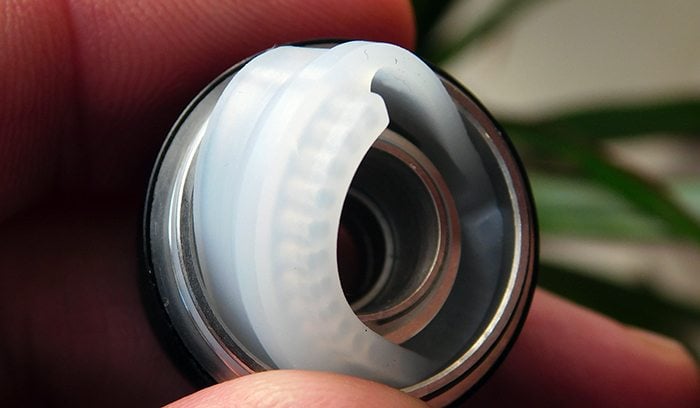 However underneath the top cap is a silicon ‘bung’ that once you remove it transforms the tank into a 4ml – crafty!

OK let’s look at the performance of the two coils.

I used a 70/30 PG VG e-liquid from Apollo [see my review on those tasty juices HERE] and both coils lasted around 9 days before the gunk started to form – so longevity wise I guess a little less than average.

Not much happened at around 30 to 40 watts with muted flavor and weak clouds.

I found the sweet spot on this at 65 watts where I got a decent flavor and respectable clouds and a reasonably warm vape.

This is one of the first stock coils I’ve used for a long time and found the break in time was at least 3 tank fills – so a lot of juice before you start getting only a decent flavor.

A slightly better coil to be fair but again at the lower end of the advised wattage the flavor and clouds were trying to come through.

Bumped up to my sweet spot of 75 watts and the flavor came through much better as did the clouds.

A single 0.4ohm coil operating between 40 – 80 watts can be bought separately as can a RBA head – neither of which I’ve tried.

The updated interface is easy to read and scroll through and it actually really does look good.

Being slightly smaller and lighter it’s a bit more user friendly and you’ve got just enough bells and whistles to keep even the most demanding vaper happy.

The silicon bung in the Gnome tank is a clever touch and trust me you’ll be glad of taking it out because at 2mls this needs filling regularly!

Note: When removing the bung be careful the O ring on the inside of the tank doesn’t come off! It’s not the worst tank but then again it’s not anywhere near the best sub ohm tank either.

The flavor is I’d say around 75% of I expected from the e-liquid I used only coming to life at the higher wattage.

Cloud production is OK but again nothing to write home about – clouds for moments rather than days.

I can’t say the device has excited me either and given I have two other Reuleauxs I do prefer my old RX200s.

I’m not saying this is a bad device far from it – it just hasn’t hit me with the Wow factor and I don’t like the Wismec logo emblazoned on the side at all.

I could sum the Wismec Gen 3 kit up in one sentence:

As you might expect from Wismec and the Reuleaux mods the device does all you ask it to with the minimum of fuss and the maximum amount of simplicity.

It’s a solid device that should you need more power will hit close to the 300 watts – according to the excellent DJLSB Vapes – not sure how many of us are at those giddy heights these days though!

I’m neither blown away by the Gen3 nor am I disappointed by it so would I buy it?

Definitely not as a kit but probably as device only – however it might appeal more had I tried the RBA.