A joint media investigation has seen IQOS makers PMI under fire again, with one UK stop smoking charity saying it has stolen its ideas on future government policies!

A Channel 4 documentary in conjunction with the Bureau of Investigative Journalism says Phillip Morris Inc is trying to buy its way into influencing UK health policy.

They say an offer of £1 Billion to the UK Government is a ‘poisoned pill’ that benefits PMI’s profits and does little to slow the sale of lit tobacco in other parts of the world.

Leaked documents also show caveats for PMI stumping up the cash that includes changes to the current TPD.

The 3 main points it wants changing are:

I’m not too sure about the first – 20mg seems to be doing a great job and of course with the introduction of nic salts – higher nicotine levels of 12/18 and 20mg are more palatable being less harsh.

I have no problems with further lifting on the regulation of e-cigarettes and advertising – indeed the UK is already looking at that. Of course as the documentary states, this would be beneficial to PMI – so what?

The available evidence suggests that heated tobacco products may be considerably less harmful than tobacco cigarettes and more harmful than e-cigarettes.

Heat Not Burn not as safe as e-cigs but ‘considerably safer’ than smoking – so perfect for smokers unable to quit via vaping!

And as for a separate category for heat not burn products – no problem at all – I think we’d all like to see e-cigarettes moved away from any tobacco legislation too.

So what’s the fuss?

Well, Action on Smoking and Health [ASH] claims PMI has ‘stolen’ the charity’s idea of a Big Tobacco ‘levvy’ with the cash used to push the UK to becoming smoke free by 2030 – and called the PMI’ offer a ‘poisoned pill’.

The Government has put on the public record that its aim to become smoke-free must be completely separate from the commercial and vested interests of the tobacco industry.

That’s one of the reasons why the UK is ranked as the country with least tobacco industry interference in policymaking, and smoking is declining faster than anywhere in Europe, if not the world.

The Government has a legal obligation not to partner with tobacco companies, and it must stick to its commitment not to do so.

All very worthy – but in these cash strapped times £1 Billion isn’t to be sniffed at.

But the aim, as set out in the company’s ‘normalisation’ strategy revealed in leaked internal PMI documents, is to rebrand it as a ‘trusted and indispensable partner’ with the overarching goal ‘support of our combustible and reduced risk products.’

This is completely unacceptable.

BTW, recent reports suggest the UK is way off target to completely eradicate smoking by 2030 – so surely every little helps?

And maybe they’ve just ‘adopted’ rather than stolen the idea and given it’s a huge sum of £1 Billion – that seems a small price to pay for PMI to get its 3 key points implemented in which ever way the UK legislates vaping and HNB in the future?

Or am I getting soft on my old adversary – PMI – in my old age?

Look, I’ve said it before, like it or not Big Tobacco are now large players in vaping and of course HNB and as an industry we need them in the tent pissing out if you catch my drift.

I’ve had my run-ins with both PMI and indeed HNB products in general – however as more evidence has come in they are indeed safer than smoking – then I have accepted that and moved on. I also reviewed PMI’s attempt at an e-liquid based device – the IQOS Mesh – and whilst the flavour wasn’t so good – the kit was OK, just needed slight improvements.

The investigation also tackled PMI’s UN-Smoke campaign – a project designed to stop the world from smoking and of course moving on to safer products such as IQOS.

NO! Cries the detractors – it’s just an advertising campaign dressed up as harm reduction!

As an old cynic I can of course see their point – but hey it’s something and so what if it boosts sales of IQOS – we’re all about harm reduction right?

And sure PMI is still selling it’s killer products across the world and particularly in developing countries – but they have to start somewhere right?

And to call foul on a company playing both sides of the market is just silly – it’s good business practice – at a cost to health for sure – but get real!

For PMI, the long-term business opportunity is to convert adult smokers who would otherwise continue to smoke cigarettes to better alternatives.

A campaign coordinated by American special interest groups, all of whom are seemingly funded by the same source — Bloomberg Philanthropies — are dedicated to just one mission.

Under the guise of promoting public health, they are working to rob adults who smoke of their right to choose scientifically substantiated better alternatives to continued smoking.

The Channel 4 documentary was really a PMI hit piece with the theme it’s promoting so called safer products in the West whilst selling lit cigarettes in poorer nations.

The scientist brought on to show IQOS HNB was not as safe as it was being promoted wasn’t convincing and has been criticized by UK experts for his methods.

Unlike the ITV documentary How Safe Is Your Vape – the Channel 4 Dispatches programme was pretty much a rehash of what we already know – and the reaction on social media pretty much showed that with barely a ripple from the usual pro and anti vaping supporters.

South Africa’s Vapers Say No To A Vape Tax

An advocacy group in South Africa says any plans to tax all things vape would mean vapers going back to smoking.

The Vapour Products Association of South Africa has written an open letter to the country’s Finance Minister, Tito Mboweni, asking him to not slap a tax on the products. 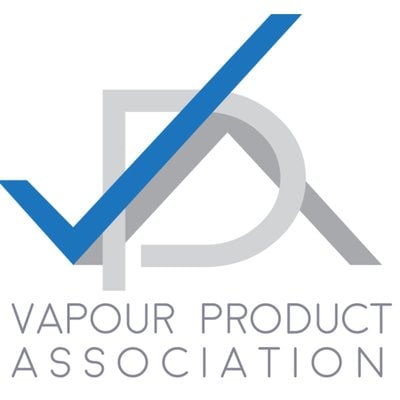 The group has asked for 3 key points to be followed:

It is our understanding that this excise will considerably increase the retail price of electronic vapour products.

In the past, you [the finance minister] have proposed mitigating labour laws for the benefit of small business and [the association] therefore urges you to oppose introducing excise for electronic vapour products, at least for the first few years so as to ensure the growth of this relatively young industry.

Another positive result of this includes smokers of combustible tobacco products turning to vapour products as a less-harmful alternative to cigarettes and, in turn, decreasing the pressure on the proposed National Health Insurance [NHI].

Rolling paper and e-cigarettes are not something you’d link but FEELM has and won a prestigious award for its new environmentally friendly design vape pen.

The Disposable Paper E-cigarette has won in the IF Design Award 2020, in particular it’s multi-layer paper rolling mouthpiece! It’s a simple case of tearing off a strip and onto the next one, and given the paper is bio-degradeable it’s better for the environment than the ubiquitous plastic drip tips.

With environmental protection in mind, FEELM specifically designed this product using a new eco-friendly paper material, which improves its degradability by 76% compared to plastic ones.

In addition, the multi-layer paper rolling design also brings other benefits in terms of hygiene and social function.

The outermost layer of the mouthpiece can be torn off to reveal a clean surface.

This small ritual protects personal health and spreads the concept of environmental protection while socializing. FEELM is as you probably know a subsidiary of China based SMOORE Technology Limited, that also has Vaporesso under its wing.

The company is best known for its innovative heating system which is composed of a ceramic conductor and metal film.

The FEELM technology can be found in a number of pod kits including: NJOY, RELX, HEXA, Haka, VAPO, Alfapod and many more.

I’ve reviewed the FEELM technology and was impressed.

I have to say it’s great to see an e-cigarette win a mainstream award and congratulations to the whole team.

More woes for vape giant JUUL as it suspends all sales of its vape kit in Indonesia.

It’s a massive move from the beleaguered company given Indonesia has the fourth largest population in the world.

The timing is interesting given the company was being interviewed by news organization Reuters who was looking at claims JUUL was promoting its brand to Indonesia’s youngsters.

That claim has been strongly denied and JUUL insists the issue is with being unable to stop retailers from selling the device to underage customers.

The news also comes as the company reveals it plans to release a new type of e-cig that can only be unlocked by people over the age of 21.

Just how that would work is unclear – apart from news it will feature Bluetooth – but it forms part of JUUL’s soon to be completed PMTA.

The government of Myanmar says it will bring in new laws to ban the sale and use of e-cigarettes.

The country – formerly known as Burma – has a relatively small vape community, but that isn’t stopping the Ministry of Health and Sports that has vaping in its sights.

Insiders say the change to current tobacco laws – which vaping does not feature in – will take a long time, however in the interim changes can be made.

…considering taking pre-emptive action and issuing orders to ban the import and sale of e-cigarettes.

People usually import these products by describing them as medication that can help someone to quit smoking, but that is not a valid way to bring them into the country.

Things are going astray because of the lack of law enforcement.

There’s over 13million smokers in the country and records over 65,000 deaths per year from lit tobacco related illnesses.

We know vaping saves lives so why yet another country feels the need to ban them is not only insane but bordering on democide.