Well June 2022 was a very busy month for vape news with lots of big things going on! Here is a roundup of some of the headlines!

The big story in the UK was the presentation of the Khan Review recommendations to the government on June 9th. It was extremely pro-vaping which was a joy to the UK vapers – especially with all the madness in other countries banning vaping.

The vape market will be regulated and under age vaping still remains a huge challenge to overcome – but also the harm reduction for adult smokers has to be balanced against it.

I was over the moon with the recommendations however some did prove controversial such as the increase in legal age to buy tobacco rising yearly.

You can read the full review results here on the Gov.uk website – Independent Review Published to help meet 2030 smokefree target.

Juul Banned From US – Or Not?

The huge vape brand Juul had a bit of a scare when the FDA granted them a MDO (Marketing Denial Order) which prevented the company selling or importing their products in the US. 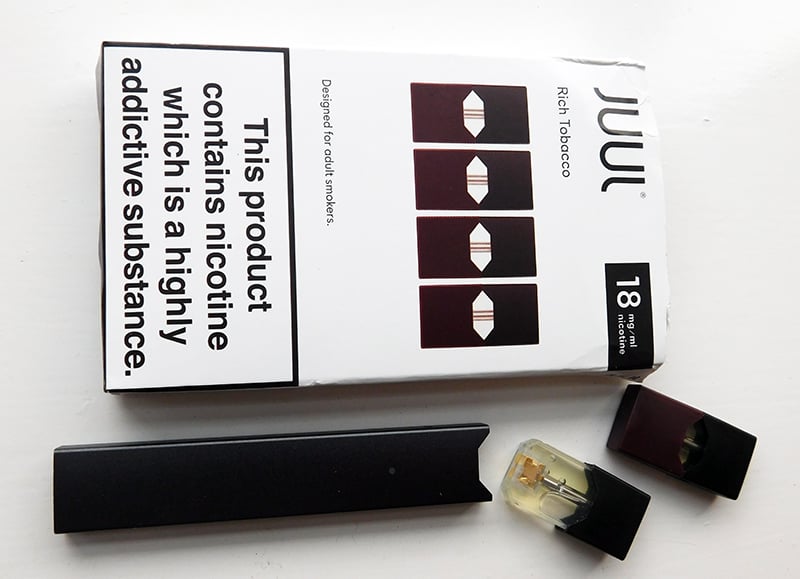 This was all part of the stupidity of the PMTA (Pre Market Tobacco Application) process where all “tobacco” products have to be approved by the FDA (Food and Drug Administration). The PMTA process has been a total farce from start to finish with deadlines changing and goalposts being moved frequently.

Anyway Juul appealed to the Federal Court and received a stay which basically means the ban has been paused. This gives time for the FDA to reply and for Juul to present their appeal. So for now Juul is safe, but that didn’t stop panic buying and an outrage on social media.

The stay is in place until at least 12th July 2022 and the FDA have until 7th July to respond.

It’s shocked a lot of people – if the big bucks vape companies are treated like this – then smaller companies have no chance.

What a stupid shame.

I have been monitoring the main UK news outlets and recording their general views on vaping.

When I updated this for June things have sadly taken a more negative swing.

You can see the results in the article here – UK Vape News Sentiment Tracker.

I am hopefully continuing to monitor to get around 6 months worth of data – so keep checking back when it has been updated!

Oh man what on earth is going on with YouTube?

Can someone from @TeamYouTube please look at this video https://t.co/V0lFHMsn8L again?
I got a strike for a website on a package. The website in the package isn’t even a store, nor does it sell any products. My videos do not promote sale. They are educational videos.
Thank you pic.twitter.com/4FMtD6OWQK

Vape reviewers appear to be targeted again – even the big guns with over 350K subscribers are being threatened with bans and strikes – some for really old content.

One of the new ways YouTube are using to kick the reviewers is the accidental sharing of URLs (Website addresses) on their reviews. These have appeared on boxes, instructions and even some of the vape components.

Can someone from @TeamYouTube please look at this video https://t.co/uLxk3QmsEn
I got a strike for a website on a battery door. This video is at least 2-3 years old. My videos do not promote vape products. They are educational videos.
Thank you. pic.twitter.com/WCgpQDahol

As a response a lot of the video reviewers are changing to other platforms – I can’t blame them if hours of their work is being wiped out for petty reasons.

@TeamYouTube Would you be able to explain why Vape Reviewers are getting strikes and deletes? We are writing an article on this situation and would like a statement from yourselves?

A group of clever IT people from Ukraine put a request out for old Elf Bar disposable vape batteries which they then re-purposed into making power banks for the forces in Ukraine.

So far they have created over 70 power banks and reports back from the soldiers using them say they have been working for over a month so far.

What a great way to prevent waste and recycle perfectly good vape batteries that others would just discard!

An article in The Times titled “Elf Bars and Me, I’m a vaping addict so will I get gum disease?” really caused some uproar.

Why? Well in the article (which is now behind a paywall) it was suggested that vaping leads to gum disease.

Dr Richard Holliday (Senior Lecturer and Honorary Consultant in Restorative Dentistry, Specialist in Periodontics) and Professor Elaine McColl (Professor of Health Service Research at Newcastle University) wrote to The Times to heavily correct the horseshit that was published…

“Sir, The article “Elf bars and me: I’m a vaping addict, so will I get gum disease?” (Times June 8th) suggests that the use of e-cigarettes (and specifically nicotine) leads to Gum disease, but this does not represent the scientific evidence in this field. Tobacco smoking is a major cause of oral diseases including Periodontal (Gum) disease. Smoke and not Nicotine is responsible for these harms, although this often gets confused.

Indeed oral nicotine, such as Gum, has been used without concern for decades. Nicotine use does not lead to Gum disease. In the case of bleeding gums, it is normal for smokers to get this when they quit; if this happens those affected should see their dental team for a full examination.

Also a formal letter of complaint has been submitted to the BDJ (British Dental Journal) by the same writers. You can read this here – Vaping Misrepresentations.

“The authors grossly misrepresent the public health guidance on e-cigarette use as a smoking cessation device. For example, they cite a 12-year-old WHO document (a lifetime in e-cigarette policy!) There is a lack of balance in the material cited; the positions of PHE and NICE on the usefulness of e-cigarettes in smoking cessation, and their relative safety compared to tobacco cigarettes, are not acknowledged.”

As I wrote at the time – I think these responses are classed as a “Mic Drop”.

Are The FDA Showing Bias?

The American Council on Science and Health (ACSH) are questioning the validity of vaping research funded by the FDA (US Food and Drink Administration).

One study in particular titled “Healthcare utilisation and expenditures attributable to current e-cigarette use among US adults” is one such study which is under fire.

However this study was full of flaws and was funded by the FDA who later publicly denied their involvement. Shady as…

Also questioned is how the assessment of devices for FDA approval seems to have made products from larger tobacco industry owned brands a higher priority.

You can read the whole article here – “Study Raises Questions About Anti-Vaping Bias At FDA“.

The World Health Organisation (WHO) has dropped another load of steaming bulls**t.

They publish a Question and Answer document (Q&A) which had an update at the end of May.

You can read it here – “Questions and Answers – Tobacco: E-cigarettes“.

It was full of absolute stinkers – such as…

“E-cigarette emissions typically contain nicotine and other toxic substances that are harmful to both users, and non-users who are exposed to the aerosols second-hand. Some products claiming to be nicotine-free (ENNDS) have been found to contain nicotine.”

As to be expected there was of course a backlash and the vape advocate Clive Bates hit back in his excellent article “Fake news alert: WHO updates its post-truth fact sheet on e-cigarettes“.

Clive rips the WHO a new one – its great (rubs hands)!

This warmed my heart no end.

On offer were vaping kits and e-liquid to help the charities clients to stop smoking.

I wonder what July will bring!